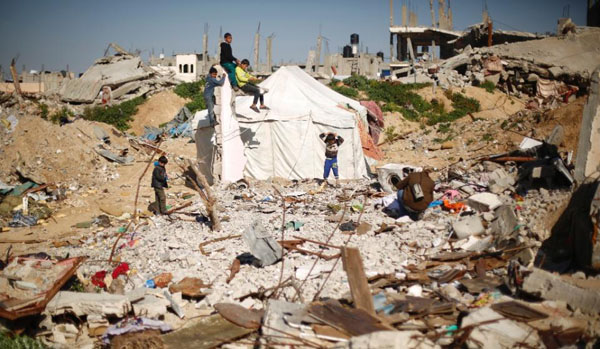 EU Calls for resumption of “meaningful negotiations” between Israel, Palestine 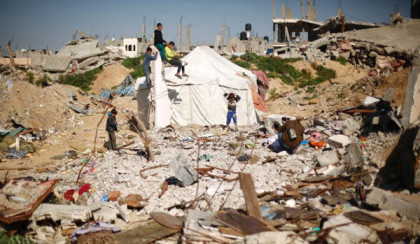 The European Union has called on Wednesday for the resumption of “meaningful negotiations” between Israel and Palestine to reach a comprehensive settlement to their longstanding conflict.

This came in a series of annual reports released by the European Commission and the High Representative of the EU for Foreign Affairs and Security Policy on the implementation of the European Neighbourhood Policy (ENP) in a number of partner countries and on the progress on democracy and human rights scored in these countries.

The EU has consistently held the view that “the current situation is untenable,” said the Union in the ENP Country Progress Report 2014 on Israel, urging the parties “to resume meaningful negotiations with the aim of achieving a comprehensive peace agreement based on the two-state solution.”

Following the breakdown in direct peace negotiations in spring 2014, progress on the Middle East Peace Process (MEPP) stalled and the political and security situation during the year, with its armed conflicts and hostilities, was a challenge for the Middle East, the report said.

Touching on the Operation Protective Edge launched by Israel in July 2014, following indiscriminate rocket fire from the Gaza Strip, the EU deplored the renewed hostilities in Gaza that resulted in 72 deaths on the Israeli side (6 civilians) and over 2 100 on the Palestinian side (of whom 70% were civilian according to the United Nations).

“More Palestinians were killed in the Gaza Strip in conflict-related incidents in 2014 than in any year since 1967, while in the West Bank figures were the highest since 2007,” states the report, calling for a fundamental change in the political, security and economic situation in the Gaza Strip.

While recognizing Israel’s right to defend itself, the EU said “the devastating effect of the hostilities in Gaza in 2014 on the civilian population underlined the significant challenges attached to Israel’s responsibilities in the occupied territories.”
The EU maintained its offer of a Special Privileged Partnership to both its Israeli and Palestinian partners, while condemning actions which could contradict stated commitment to negotiations.

Such actions included plans for new settlements, in particular in and around East Jerusalem, the expropriation of land and plans to displace Bedouins in the West Bank. The EU appealed for the holy sites in Jerusalem to be fully respected stressing that any change in the status quo would have deeply destabilizing effects.

On the basis of the Country Progress Report, the EU recommended Israel to take several actions during the year to come, including making every effort to ensure an early resumption of the Middle East Peace Process, ensuring respect for the principles of international law and human rights in the occupied territories, and ensuring respect of international law and human rights in the treatment of irregular migrants and asylum-seekers. The Country Progress Report was released just few days after Prime Minister Benjamin Netanyahu declared that he would never allow a Palestinian State to be established under his watch.

The remarks were sharply criticized by the EU as well as by Barack Obama’s administration.