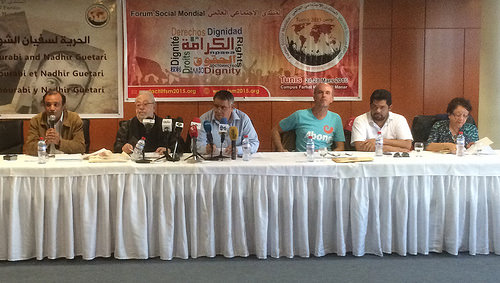 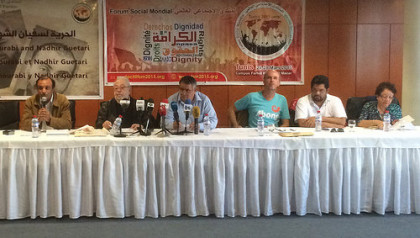 Tunis is less than two weeks after the terrorist attacks is hosting the Global Social Forum scheduled from 24 to 28 March amid a fearsome climate.

Alaa Talbi, Chief Executive of the Tunisian Forum of Economic and Social Rights and member of the Global Social Forum committee says that recent deadly events in Tunis have not deterred them from their schedule and plans.

He also says the recent attacks rather strengthen them as they have modified the route. They have planned a parade for the launch in front of Bardo Museum.

“On the contrary, we have on purposed modified the route of the launch parade that will end up in front of the Bardo Museum’’, he said.

‘’The tagline of this year edition is also an answer the attacks: People of the world must unite for liberty, equality, social justice and peace, in solidarity with the Tunisian people and all victims of the attacks and forms of oppression”, he also added.

Themes at the five-day event will be centered on terrorism, poverty, liberty and other issues.

This is second time Tunis is hosting the event after hosting it in 2013.

Alaa Talbi, one the key figure of the Global Social Forum in an interview to Jeune Afrique, says institutions in a new Democratic Tunisia are still fragile like the years following the Arab Spring that caused the departure of Ben Ali from power.