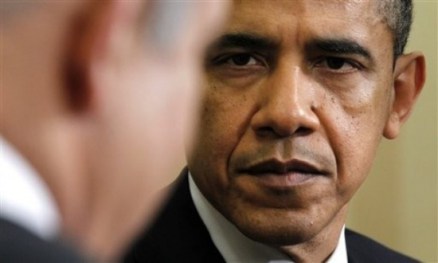 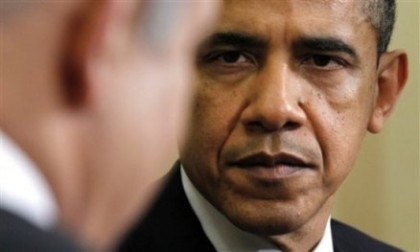 White House has hinted that it could change its policy in the Israeli-Palestinian conflict after Netanyahu ruled out a two-state solution. Although Netanyahu has tried to soften his remarks after winning the elections, Washington said it has to “see what sort of policy and priorities the prime minister chooses” in his new government.

On Thursday, Netanyahu told MSNBC that he has neither changed his policy nor his speech for “a demilitarized Palestinian state that recognizes the Jewish state” as a solution but “the reality” has changed because Fatah and Hamas have made a unity pact government and the Jewish state is still unrecognized and threatened. After ruling out a two-state solution last week, Netanyahu said “we want that to change, so we can realize a vision of real, sustained real peace. And I don’t want a one-state solution. I want a sustainable, peaceful two-state solution, but for that circumstances have to change.” He wants an end to the unity pact for “genuine negotiations with Israel for an achievable peace” to begin under conditions such as the “recognition of a Jewish state and real security in order to have a realistic two-state solution.”

President Obama congratulated Netanyahu for “winning a plurality” but also stressed on is government’s commitment for a two-state solution.

White House spokesman Josh Earnest said US “repeatedly intervened” on Israel’s behalf in debates at the UN and other places to defend that negotiations between Israel and Palestine for a two-state solution as “the best way” out but “that foundation has been eroded” by Netanyahu meaning that “our policy decisions need to be reconsidered. And that’s what we will do.” US veto power at the Security Council has been a major tool for Tel Aviv.