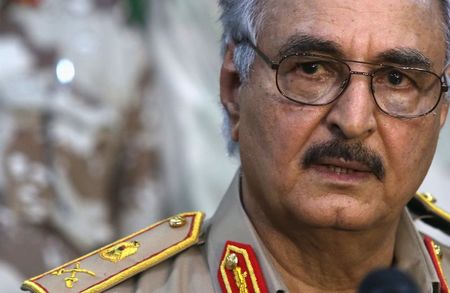 Renegade army general Khalifa Haftar has been proposed by the president of the Libyan House of Representative Aguila Saleh as the top army commander and the parliamentarians have supported it. 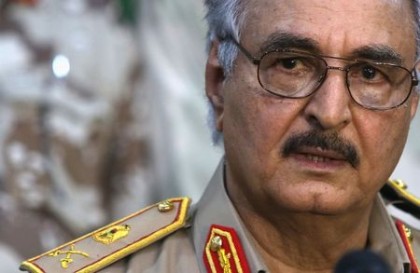 Haftar has his own forces and was fighting against the Islamists in the East before forming a coalition with the Libyan army last year. Authorities in Tobruk want to intensify their military actions against the Islamist and forces loyal to the Tripoli government.

Spokesman Farraj Hashem of the Tobruk parliament said a decree appointing Haftar to the post has to be signed by the President of the parliament to make it official. President Saleh has quasi-presidential powers.

The decision could raise eyebrows within the government as Haftar’s popularity continues to soar. Protesters in major eastern cities have in the past weeks demanded that Prime Minister Thinni resign and hand over power to a military council headed by Haftar.

The Tripoli based government has always accused Haftar of trying to replicate a police state similar to Gadhafi’s regime. Haftar was part of those who helped Gadhafi to take over power but their relations turn sour in the 80s. Lately, he has been criticized for ordering air strikes on civilian airports and seaports.

Critics have also claimed Haftar considers himself as Libya’s Abdel Fattah Al Sisi who ousted Mohammed Morsi from power before finally being elected as president. However, Haftar has not shown signs of wanting to take over the government and continues to be an important ally to the Tobruk government.

UN has been calling for a peaceful solution to the war in Libya and has been reluctant to lift the arms embargo as wished by the Tobruk government.