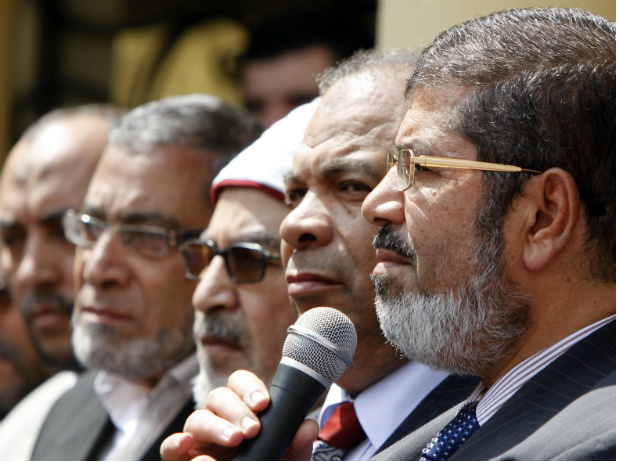 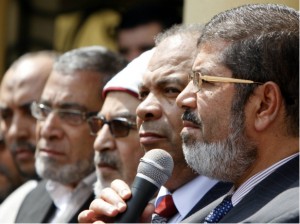 Islamist groupings across North Africa – who had long faced severe repression from the recently deposed dictators and were commonly denounced by the West as security threats – now lead three of the four new democratically elected governments in the region. But the Islamist parties that have suddenly found themselves in power across North Africa have so far largely defied the deep-entrenched Western image as being reactionary forces that hate modernity and embrace violent ideologies not compatible with democracy.

The ‘Arab Spring’ has gradually given way to the springtime for political Islam. In Morocco, Tunisia and Egypt, Arabs recently liberated from decade-long secular dictatorships have voted into office political parties that were widely seen as embracing a conservative worldview, harboring real hostility towards western democracy and liberal values and bent on pursuing an ultraconservative social agenda. Yet, since their election victories, the Islamist Justice and Development Party (PJD) in Morocco, the Ennahda Party in Tunisia and the Egypt’s Freedom and Justice Party (FJP), which is the political arm of the long-banned Muslim Brotherhood, have all adopted a rather pragmatic approach and conciliatory tone in an effort to reach out to non-Islamists. For example, since Mohamed Morsi from Muslim Brotherhood was sworn in as Egypt’s president, the new government has not publically made a single evidently Islamist move.

There may be different explanations for this development. First of all, it was not so long ago that the Islamist groupings were organizing mass rallies against government incompetence and corruption – however, now themselves in power and faced with the deepening economic crisis and increasing unemployment in the Arab Spring countries, they must deliver quick results. The complex political and harsh economic realities have pulled the Islamists from the extremist periphery to the political center. For example, while voicing suspicion over Western intentions and foreign investment in earlier days, the Islamist-led governments have now quite openly admitted that foreign money would be welcome to meet the urgent need for loans to plug the mounting budget deficits. The Islamists have found that once in power they are forced to address concerns, meet expectations and cater to pretty much the whole population at large and not just their traditional electorate. Ultimately, their current dilemma is how to craft coherent, well-tailored and nuanced policies designed to modernize their countries without compromising too much the Islamists’ religious values.

Secondly, the Islamist parties’ hold on power is far from guaranteed (and, again, is conditioned on their ability to deliver tangible results). True, they have all took the most votes in recent elections, but they have not won majorities and thus have to rely on political alliances, namely with leftist and secular parties. Other potent, yet arguably not-so-democratic, checks and balances against the potential abuse of political power by the Islamist parties are the Tunisian and Egyptian militaries with their strong secular traditions. Mohamed Morsi’s power has been severely constrained by the clique of generals who still hold most of the cards. Then, in Morocco, King Mohammed VI remains a key force to be reckoned with in the country’s political arena exercising great authority that includes the right to dissolve the government.

For several decades, the West (both the EU and mainly the United States) have tended to classify regimes around the globe as either ‘good’ or ‘bad’ – meaning ‘friends’ or ‘enemies’. While earlier basically all Islamists were branded as ‘bad’, in the post-9/11 political climate and with the Arab world’s changing political map, this Western policy has now been extended also to Islamist groupings. Since we can now find both ‘good’ and ‘bad’ Islamist groupings, it is the former with whom the US and EU have intensified a dialogue with democracy-promotion programs serving as one of the main tools designed to achieve desired objectives.

These Western democracy-promotion initiatives have been generally received with a great deal of skepticism both among the political leadership and large sections of the population in the receiver countries. This skepticism is quite understandable for two reasons: The West has only relatively late realized that the involvement of Islamist groupings in the Western-sponsored democracy promotion programs is paramount if these were to succeed. And, last but not the least, the integration of the Islamist groupings into the mainstream democratic political processes and their so-far largely unblemished democratic credentials are not, by and large, the product of these Western democratizing initiatives – instead, they are a natural outcome of the North African countries’ homegrown revolutions and their own internal dynamics.

North Africa Post's news desk is composed of journalists and editors, who are constantly working to provide new and accurate stories to NAP readers.
NEWER POSTNorth Africa after the Storm: Five Lessons in Crisis Management
OLDER POSTThe Risks of Revolution: Tunisia and the Future of Hizb al-Nahda