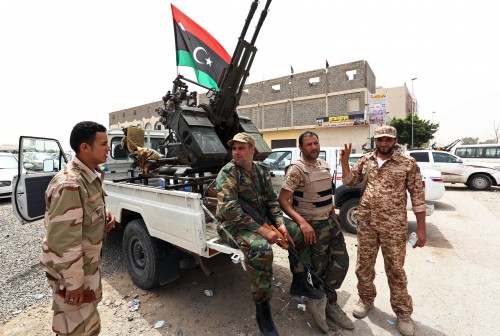 The killing of Egyptian nationals by a Libyan extremist group affiliated to the Islamic State was followed by bombings from Egypt on their alleged positions in Libya. The incidents have however turned out to be a diplomatic row between Qatar and Egypt after an Egyptian diplomat accused Doha of supporting terrorism in a dispute over Egyptian air strikes on Islamic State targets in Libya. 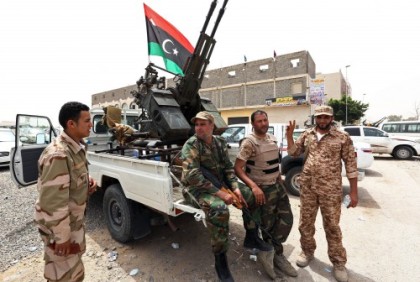 During an Arab league meeting on Wednesday, Qatar’s Foreign Minister Saad bin Ali al-Muhannadi said it has reservations over the Egyptian airstrikes in Libya because it can be advantageous to one of the two Libyan governments. These remarks were not welcomed by Egypt and Egyptian news agency MENA reported that Tareq Adel who was part of the delegates from Cairo replied that Doha “supports terrorism.”

The Arab league said it had “complete understanding” of the Egyptian airstrikes and also supports the idea of lifting arms embargo on Libya as wished by Cairo. The Tobruk based government also wants the arm embargo to be lifted but many countries believe that military action is not the solution to the Libyan war and there are fears that the weapons could end up in the hands of the extremist groups.

In a bid to calm the tension between Doha and Cairo, Secretary General Abdullatif bin Rashid al-Zayani of the Gulf Cooperation Council (GCC) condemned the comments made by Tareq Adel. Despite acknowledging that the GCC supports the Egyptian airstrikes, Zayani labeled Tareq’s remarks as baseless accusations that “distort the truth and ignore the sincere efforts Qatar has exerted with its GCC neighbors to combat terrorism and extremism on all its levels.”

Meanwhile, Qatar has recalled its ambassador from Cairo.

North Africa Post's news desk is composed of journalists and editors, who are constantly working to provide new and accurate stories to NAP readers.
NEWER POSTTurkey: Missile defense systems from China will not be used with NATO
OLDER POSTLibya: Will International Community Intervene Again?