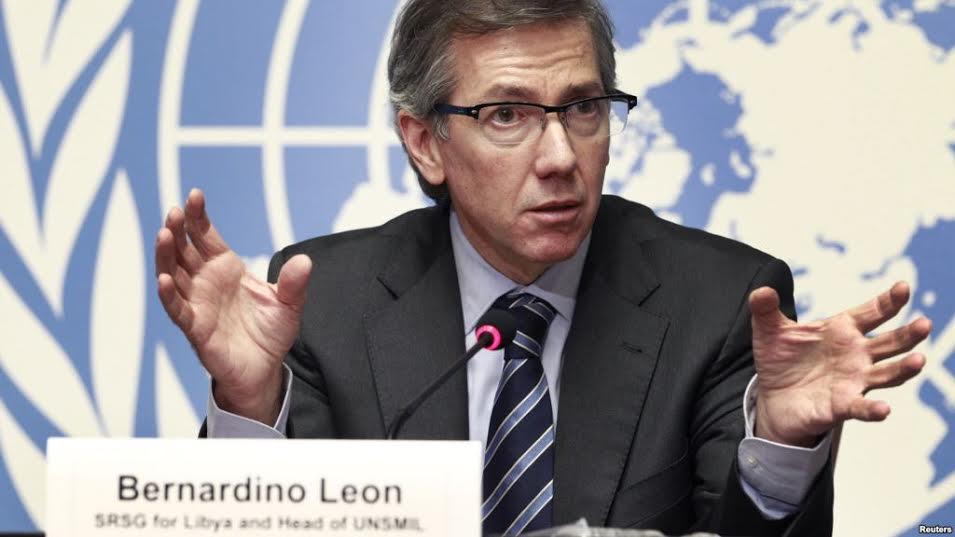 UN special envoy to Libya, Bernardino Leon, has stressed that “an agreement with all stakeholders should be a priority” in ending the Libyan war. He said the warring parties should be dedicated to finding a peaceful solution because failure to reach an agreement will oblige the Security Council to ask “the UN to fill the vacuum with concrete action and decisions.” 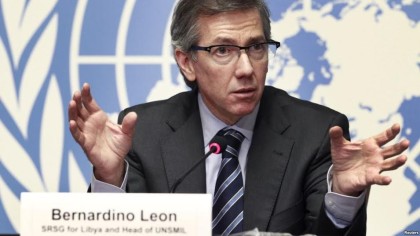 Negotiations with the rival governments started last week although direct talks are yet to begin. Leon has not limited the solutions to the crisis in Libya as he stated that “all options are on the table.”

Exactly four years since the uprising in Libya started, instability and insecurity have increased in the country as divided armed factions continue to fight against each other. Groups pledging allegiance to the Islamic State have also surfaced.

The beheading of 21 Egyptian Coptic Christians in Libya by a group affiliated to ISIS led to Egyptian airstrikes targeting their positions in Derna. The Tripoli based government said the Egyptian airstrikes were an “an attack on the country’s sovereignty.” Egypt will be seeking for an international intervention in Libya but Italy signals that “wisdom, understanding and prudence” are needed to deal with the situation.

Leon said “Libya’s problems do not just affect Libya” because it has affected countries on both sides of the Mediterranean Sea. He called on Libyans to remain steadfast to the goals of their revolution and move towards a democratic state based on human rights, the rule of law and to agree to the formation of a national unity government.

Leon was speaking via a telephone call on One TV breakfast show.

North Africa Post's news desk is composed of journalists and editors, who are constantly working to provide new and accurate stories to NAP readers.
NEWER POSTTurkey: Presidents isolate me because they envy me, Erdoğan
OLDER POSTDistinction to the Man at the center of the French-Moroccan Crisis