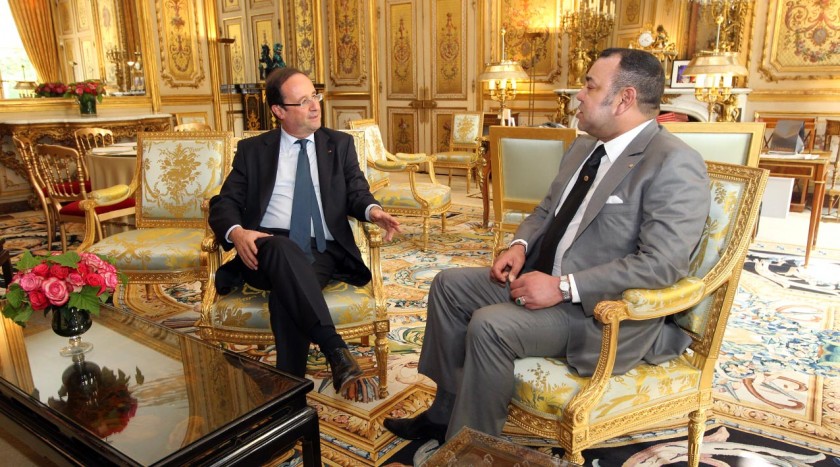 Why Good French-Moroccan Relationships are so Disturbing? 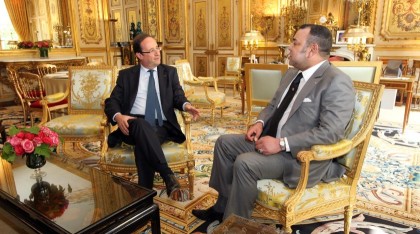 Relations between France and Morocco have just started to warm up after a year of diplomatic row. The two countries have restored their judicial and security cooperation and the King of Morocco, Mohammed VI, currently on a private visit to France, held talks with France’s François Hollande on Monday afternoon at the Elysée.

However, the thaw in the two allies’ relations does not seem to be to the liking of everyone.

French daily Le Monde chose this particular phase to devote a story to banking accounts held by King Mohammed VI and other members of the Moroccan royal family on the basis of revelations made by documents leaked from a branch of HSBC bank in Geneva.

Although the leaked documents made revelations about hundreds of banking accounts, some held by French nationals, Le Monde chose to put the spotlight on the Moroccan King, who is not a French tax payer.

The authors of the story did not check if the banking accounts were opened according to the regulations in force in Morocco nor did they check if the accounts were still running since the documents disclosed were related to the years 2006 and 2007. They gave no proof that there had been a tax evasion, fiscal fraud or a breach to the North African country’s currency exchange system.

But they daringly claimed that there was something illegal about the existence of these banking accounts abroad. The Royal Palace Attorneys responded to these claims by asserting that the reports violate banking secrecy and the king’s privacy. “In any case, the opening of any bank account abroad is made in strict compliance with the regulations in force in Morocco,” said the Attorneys.

The daily also brought up the Moroccan private holding, la Société nationale d’investissement (SNI), where members of the royal family are the majority stakeholders, claiming that “the very existence of the SNI is a challenge to the Moroccan Constitution,” since article 36 of the Constitutional text prohibits “conflicts of interests (…) and all practices contrary to the principles of free and fair competition.”

The Royal Palace Attorneys flatly denied any violation of the Constitution, pointing out that the said companies have their own autonomous governance and are subject to company and competition laws like any other companies operating in Morocco.

So, why such a story at such a sensitive time?

Some analysts explain that the story published by the center-left French daily was not fortuitous but was surely ordered by some sides who are irritated by the resumption of cooperation between Paris and Rabat and who want to tarnish bilateral relations again. But they tend to forget that whatever the juncture misunderstandings between France and Morocco, nothing and nobody can seriously shake a deeply rooted, longstanding alliance.

Actually, President François Hollande and King Mohammed VI have underlined at their Monday meeting in Paris “the strength of the exceptional partnership” existing between their two countries and expressed satisfaction that conditions are gathered to give a new momentum to “an ambitions, trust-based cooperation in all fields.”

According to the joint communiqué released at the end of the French-Moroccan summit talks, the two rulers also discussed a set of regional and international issues and stressed both countries’ resolve to join efforts to fight terrorism and to cooperate fully in all security-related matters.