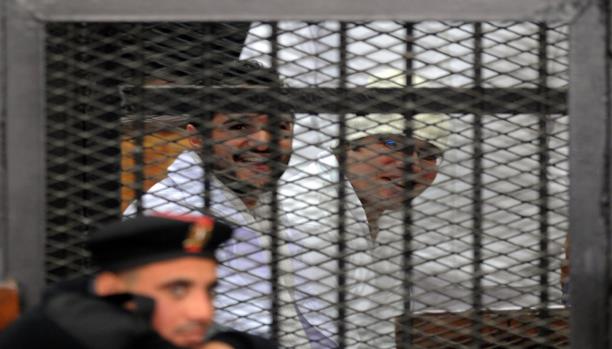 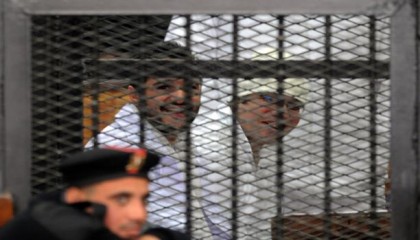 The court also sentenced 229 others to life in jail in absentia for the same charges, and 39 juveniles received 10-year sentences in absentia.

These liberal activists were accused of taking part in clashes between security forces and protesters outside the government headquarters in Cairo in December 2011, killing 18 people. They were also sentenced to a collective fine of 17 million Egyptian pounds (€ 2 million) for the damage caused by the fire at the Institute of Egypt in which were destroyed rare books and manuscripts, dated the Napoleonic period.

All had participated in the revolution of 25th January, 2011 which saw the fall of President Hosni Mubarak. All were determined to continue their struggle for more democracy and freedoms. Both, the most severe pronounced against liberal activists since 2011, are part of the lineage of a series of death sentences and long prison sentences sometimes delivered at mass expeditious trial.

According to witness, when the court read his verdict, Douma laughed and clapped from his courtroom cage. The judge – who also fined Douma 17 million Egyptian pounds ($2 million) – then threatened to jail him for another three years for insulting the court.

Douma has been jailed by every Egyptian leader since Mubarak. After Mubarak was overthrown, Douma took part in the protests against Morsi and later joined demonstrations against the military, denouncing restrictions on protests.

The same court of Egypt has jailed three Al Jazeera journalists, including Australian Peter Greste, last year in a case that provoked an international outcry, and has sentenced hundreds of Muslim Brotherhood supporters to death.

Since July 2013, supporters of the Muslim Brotherhood were listed as terrorist organization but also revolutionary militants are the target of fierce repression. “This is an extremely hard verdict. This is a verdict against the revolution, which shows the personal hatred of the judge for the revolution and its supporters, “lamented to AFP Mohamed, the brother of Mr Douma.

The union of lawyers has decided to boycott the trial to protest against violations of the rights of defense.

North Africa Post's news desk is composed of journalists and editors, who are constantly working to provide new and accurate stories to NAP readers.
NEWER POSTUN thanks Mauritania for supporting the Malian brothers to find a peaceful
OLDER POSTUN criticizes the quality of education in Algeria