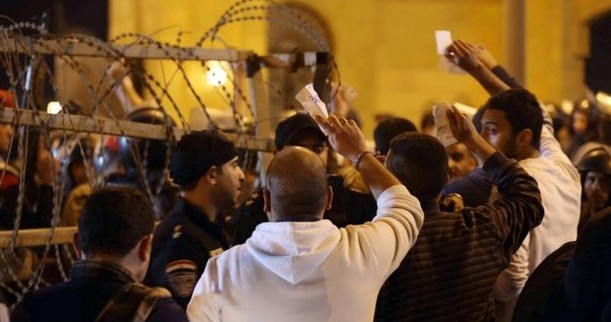 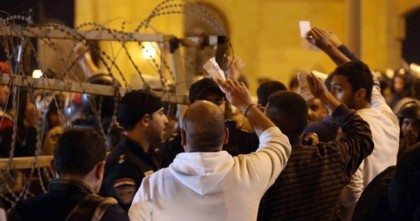 Egypt has been rocked this weekend by another wave of deadly violence triggered by clashes in a Cairo stadium between fans of the football club of Zamalek and their ENPPI rivals.

According to press reports, riots police fired tear gas to disperse the crowd, but this has prompted only a huge stampede that left at least 30 people dead while the death toll still rising.

The Egyptian authorities have decided to suspend all football league matches indefinitely after these sad incidents which occurred as the government tries to stabilize the country and endeavour to weather the political storm.

They have said that “some of the crowd, who did not have tickets, attempted to break into the stadium after the gate was closed. They also refused to be searched by the security forces before attacking them and damaging public and private property.”

But the fans blamed the authorities for the deaths, saying that only a single gate was opened for the huge crowd. An arrest warrant has been issued for the leaders of the Zamalek supporters group, the Ultras White Knights.

In 2012, the Egyptian football league was suspended after a similar incident during which 74 fans were killed in a riot at a stadium in Port Said. After that limits were placed on the numbers attending matches. Those restrictions were lifted just weeks ago which leaves the Egyptians perplexed and raises some questions on who is responsible for these events.