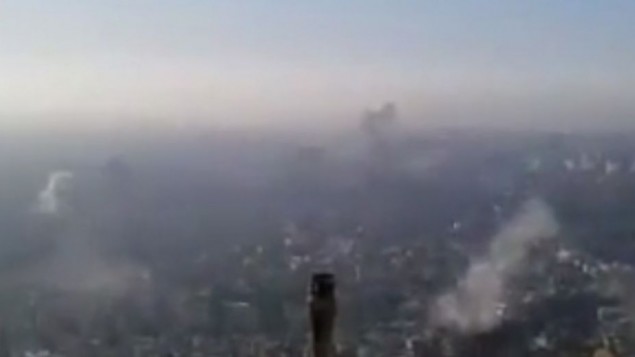 Shells fired by the Army of Islam militants into the Syrian capital Damascus have killed at least 5 people and there are threats that more will follow. The government responded by launching more than 70 airstrikes in the Eastern Ghouta district, where the militants are based. This is the second attack the group has launched on Damascus in two weeks. 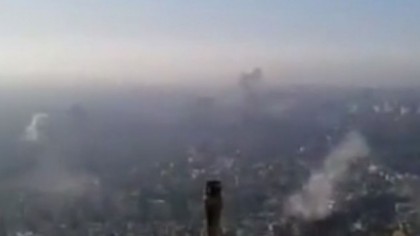 Government forces have been able to stop the fighting from getting into the capital but it seems as if Army of Islam is determined to continue shelling it after a tweet believed to be from Chief Zahran Alloush’s account, the leader of the group, captioned Damascus as a “military zone” this week.

Army of Islam was formed by a merger of rebel factions in 2013 and follows an Islamist doctrine. State news agency, SANA, labeled the group as “takfiri terrorists”; a term used to describe hardline Sunni groups who consider other Muslims and non-Muslims to be infidels. The agency said the missiles hit areas near the ancient Umayyad Mosque and also showed images of damaged cars and buildings.

The attack carried out by the militant group on January 25th has so far been the heaviest shelling that Damascus has received in more than a year. 38 rockets were fired onto the capital killing eight people. The government had always reacted to attacks.

It is still unclear if Saudi Arabia has links with the militant group because it had extended financial support to the group in the past.

The war in Syria is being fought between the government, opposition rebel groups and the Islamists with all the parties having different agendas. Groups such as ISIS, Nusra Front and Army of Islam are part of the Islamic extremist branch.

North Africa Post's news desk is composed of journalists and editors, who are constantly working to provide new and accurate stories to NAP readers.
NEWER POSTIran: Kerry and Zaref agree that talks could be useless
OLDER POSTArab countries and Iran to invest $ 755 Bln in energy by 2019