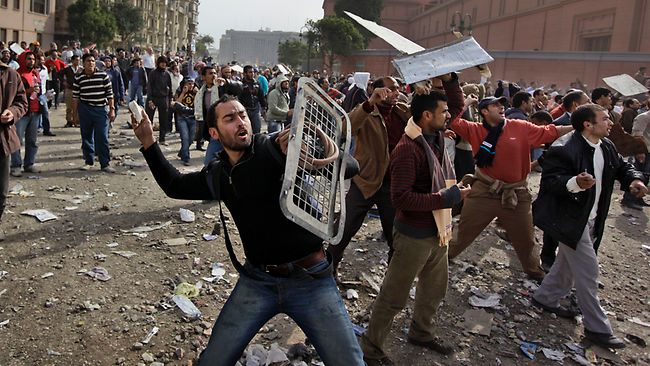 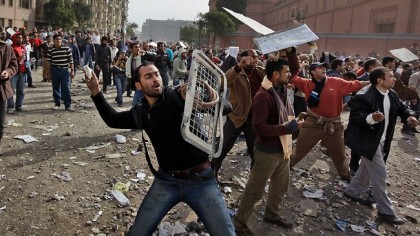 Celebrations of the Fourth anniversary of the Egyptian uprising on Sunday were marred by violence which continued till Monday and has left dozens of people dead. Most of the confrontations are believed to be between supporters of the banned Muslim Brotherhood and the security forces. Cairo has however alleged that statements from foreign governments and international organizations only considered one side of the story.

The Egyptian uprising started on 25 January and since the ousting of Mohammed Morsi by Sisi in 2013, commemorations have always been violent.

Two policemen were shot dead and the state media reported that several explosives have been defused since the protest started. Most of the deadliest confrontations are reported to have taken place in the district of Matareya in Cairo. The international community condemned the violence.

U.N High Commissioner for Human Rights (OHCHR) lamented that “hundreds of people” have been killed during protests in the country since 2011 in a released statement posted on its website. It alleged that the government has not done enough to quell violence during protests because “the lack of justice for past excesses by security forces simply encourages them to continue on the same path, leading to more deaths and injuries, as we have seen in recent days.”

Egypt is not pleased with “Foreign statements” which only cited the brutality of security forces. The Foreign ministry labeled such statements as “totally untruthful” because they “ignored the immediate order of the general-prosecutor to open an investigation into the killing of the young activist Shaimaa El-Sabagh;” a 32-year-old leftist activist in Cairo. It also added that “acts of murder and intimidation caused by supporters of the terrorist Muslim Brotherhood group,” considered as a terrorist group by the state, where also neglected by the statements.