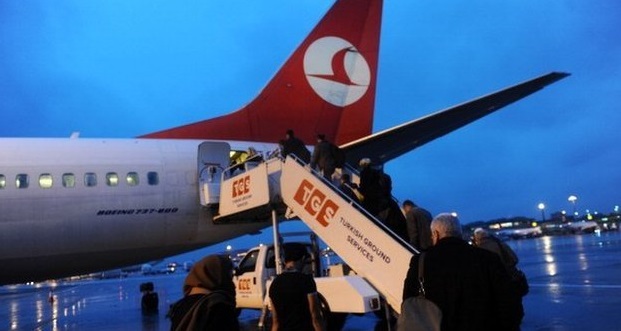 Turkey: Libya will bomb any Turkish jet in its airspace, Ankara reacts 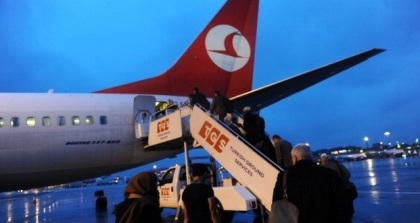 Ankara has replied through its Foreign Ministry to a posting on Facebook threatening to shoot down any Turkish plane that enters Libyan airspace. The account is believed to be used by the Libyan Air Force. Turkish Airlines is the only foreign commercial company that has been flying to the country but announced the suspension of its flights after a Libyan warplane from forces loyal to the internationally recognized government bombed a Greek-operated oil tanker anchored offshore.

The statement released by the Foreign Ministry said that the threats from the Facebook posting obviously came from “certain groups who have caused civilian losses and the demolition of the country’s infrastructure by launching air strikes in Libya, and who have violated international law and human rights.” It stopped short of accusing any group in Libya but blasted the international community for encouraging the groups behind the airstrikes due to the failure of taking actions against them.

Turkey has urged its citizens to “immediately” leave the North African country.

The posting has vowed to shoot down any Turkish civilian or military plane that gets into Libya. The matter has already been brought to the attention of the UN Secretary General’s Libya Representative after the posting was deemed “hostile” and “illegitimate” by Turkey.

Airstrikes in Libya are being carried out by forces loyal to the Tobruk government against rival groups but Sunday was the first time that it bombed a Greek-operated oil tanker, registered with Liberia, anchored off the country’s coast. Liberia is preparing to investigate the bombing.

The bombing led to Turkish Airlines suspending its flights to Misrata but the decision regarding the fate of its flights to Benghazi, Tripoli and Sebha have not been made public yet.

North Africa Post's news desk is composed of journalists and editors, who are constantly working to provide new and accurate stories to NAP readers.
NEWER POSTLess than a quarter of Algeria unsecured by forces
OLDER POSTEconomic Ties between Oman & Iran Thriving