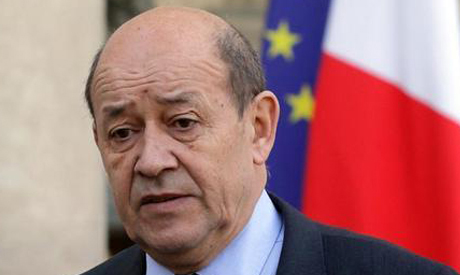 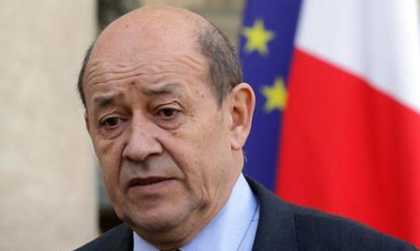 French Defense Minister Jean-Yves Le Drian stressed the need to find a political solution to the Libyan crisis rather than another military operation in the North African country plunged in chaos since the collapse of the Kaddafi regime.

The French official, who was visiting Madama, Northern Niger, where a French military base is being built principally to fight terrorism, told reporters that the international community needs to act to prevent that Libya becomes a sanctuary for terrorists from the whole region.

Downplaying the possibility to launch another military intervention in Libya, like the NATO intervention that helped topple Kaddafi, Le Drian stressed the need for a political solution in the country where no central government is in control and where rival armed groups prevail.

He insisted that a global roadmap on Libya must be outlined first.The French base underway is situated some 100km from Libya, along a route famous for arms smuggling by the Jihadists operating in the Sahel. The war in Libya has contributed to the massive circulation of arms in neighboring countries after the looting of Kaddafi’s arsenal.

France has a total of 3,000 troops deployed across Burkina Faso, Chad, Mali, Mauritania and Niger to track and combat Islamist militants, backed by fighter aircraft, helicopters and drones. Madama will serve as a forward base for counterterrorist operations in the Sahel.

Terrorist groups in the Sahel have continued to pose threats to the livelihood of people in the region. A military camp in Tessalit, Northern Mali, which is used by local and international forces, was attacked twice this week.