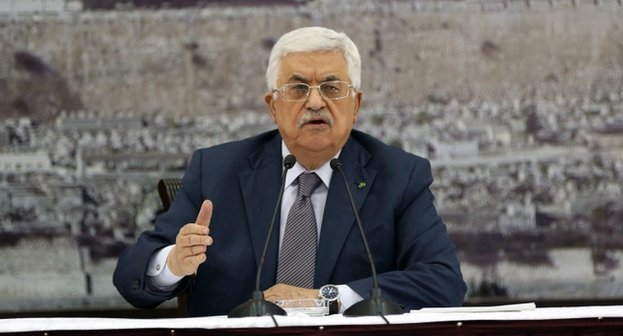 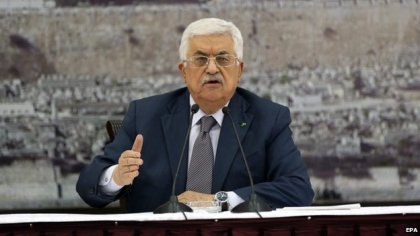 President Mahmoud Abbas signed on Wednesday Palestine’s official application to become party to the Rome Statute of the Hague-based International Criminal Court and other principles governing the functioning of the court.
He also signed some twenty other international conventions, relating in particular to “war crimes,” “crimes against humanity” and cluster weapons.
The move to enable prosecute Israeli leaders for war crimes translates the Palestinians’ exasperation and their resolve to harden their confrontation with Israel in the morrow of the failure of their diplomatic initiative at the UN Security Council.
Jordan and the Arab group had tabled a draft resolution that would have affirmed the “urgent need” to reach within 12 months a peaceful solution to the situation in the Middle East and would have paved the way to a Palestinian state with East Jerusalem as its capital. But the text tabled, according to the Palestinians, in the face of a political deadlock caused by Israeli intransigence did not pass as it did not get the required 9 positive votes after Nigeria abstained although it had earlier promised to vote for the draft.
Some Palestinian sides, like Hamas and the Islamic Jihad, lashed out at President Abbas and at his “unilateral” decision to table a draft that was giving, according to them, too many concessions and that was bringing nothing new as it would have just paved the way to new negotiations doomed to failure like previous rounds.
Some other Palestinian figures who have described the Security Council vote as shockingly shameful stressed the need to protect Palestine and give it means so that Israel be held accountable of its acts.
Being party to the ICC statute would enable the Palestinians to prosecute Israeli officials for war crimes like the ones committed during the three wars that ravaged the Gaza Strip over the past six years.
It would take about two months to ratify Palestine’s membership to the Hague tribunal. It is only after the ratification that the new member can refer a case to the ICC.
Meanwhile, observers fear that the Palestinians’ exasperation might prompt them to put an end to their security cooperation with Israel and plunge the area in a new abyss of violence.
CATEGORIES EgyptFeaturesHeadlines
Share This