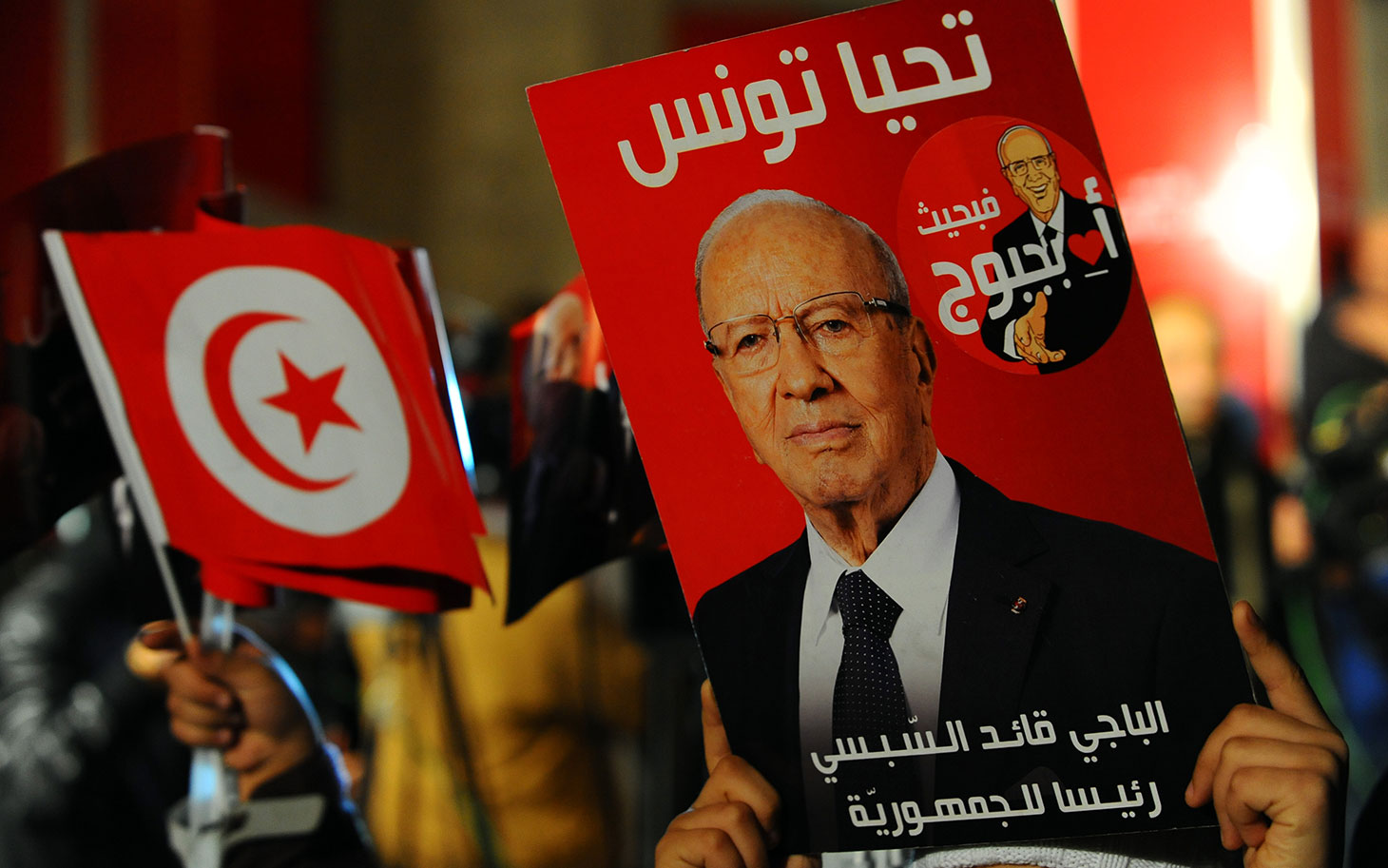 Ahead of the final results, Tunisians have elected Veteran politician Beji Caid Essibsi as the next president in what is hailed as an important step towards democracy. Moncef Marzouki has accepted defeat after acquiring 44% of the votes although some of his supporters caused disturbances after the announcement of the results.

In a televised statement, Essibsi said the victory comes as a “heavy burden” that he is willing carry. After all the campaigns and voting, he reminded his compatriots that he is a “president for all Tunisians” and urged them to work towards the interest of the nation. The 88 year old said after four years of political crises and economic hardship, it is now time to “look forward to the future.” Essibsi has amassed a great wealth of experience in politics after serving in key positions under the founder of independent Tunisia, Habib Bourguiba, and his successor, Ben Ali.

The announcement of the initial results by the electoral commission led to supporters of the independent candidate, Marzouki, blocking streets with car tires in the southern town of El Hamma. A local police station is also reported to have been set on fire.

Marzouki has urged his supporters to stay away from violence and also called Essibsi to congratulate him as the country’s new president. The election completes Tunisia’s democratic transition after the ouster of longtime autocrat Zine El Abidine Ben Ali in a 2011 uprising.

Leaders around the world also congratulated President Essibsi and praised Tunisia for surpassing the transition towards a free and fair election with less violence.

Essibsi’s party has the majority of the seats in the parliament and will soon begin efforts to form a coalition government to rule the country for the next 5years.