Lebanon is reinforcing its military presence along its border with Syria especially near the villages of Qalamoun and Qusayr after receiving information that the Islamist extremist groups in Syria are planning to launch another attack. 29 Lebanese soldiers were kidnapped by the Islamist militants in August when they attacked the town of Asral. The kidnapped soldiers are being used to exert pressure on Beirut to free Islamist militants languishing in its jails. 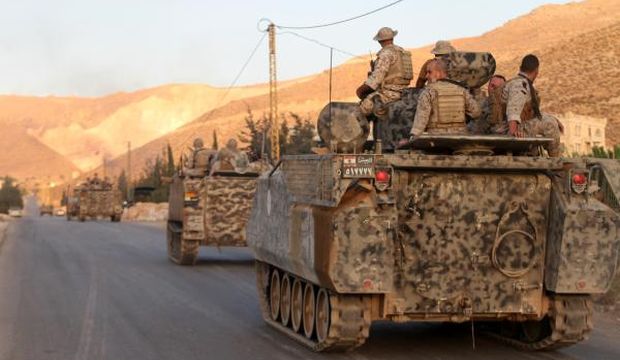 The army has set up new checkpoints along the border where military vehicles and weapons have been positioned. A Lebanese security said that collected intelligence has shown that Islamist militants are planning coordinated attacks on Qalamoun and Qusayr as well as other areas along its border with Syria. He added that the Islamist militants have decided to separate themselves for the attack with the Al Nusra Front attacking Arsal while Qusayr will be taken upon by Islamic State for Iraq and Syria (ISIS).

The government will be having a cabinet meeting on Thursday and the fate of the kidnapped soldiers is expected to be decided. Some of them have already been killed by the extremists. The government is being pressured by the families of the kidnapped soldiers to accept the proposal of releasing some detainees in prison in exchange for the freedom of the soldiers. A spokesman for the families of the abducted Lebanese soldiers, Hussein Youssef, wants the government to clearly state its position on the crisis and assign a new mediator to negotiate with the extremists.

The Islamists will be closely following the outcome of the meeting ahead of their anticipated attack.

Recently, Lebanese soldiers brought down an aircraft that they suspected was on a reconnaissance mission for the militants