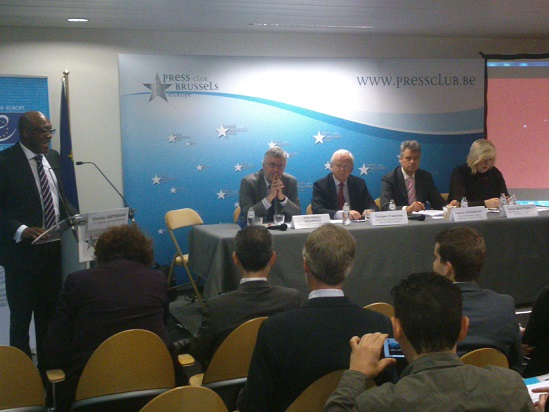 The European Union recognized the strategic role played by Morocco in anti-terror struggle as indispensable and called for enhanced cooperation between the North African nation and the countries of the Sahel-Sahara region in order to fight more effectively terrorist networks.

The EU, which welcomed Morocco’s efforts in the prevention of radicalization and violent extremism, called for further cooperation in this area, especially on the issue of foreign fighters.

The issue of foreign fighters heading to Syria and Iraq to join the Islamic State and other radical Islamist militants is a nightmare for European countries which endeavor to work closely with international partners such as Morocco to struggle against the phenomenon. The number of foreign fighters, coming from some 80 countries, is assessed at between 15,000 and 20,000.

A resolution passed on Wednesday by the European Parliament underlined the need to tackle in the new Internal Security Strategy for 2015-2019 emerging threats, on top of which the threat of foreign fighters.

MEPs point out in particular, that the rapidly rising number of EU nationals who join terrorist organizations in conflict areas and return later to EU territory pose new types of risk.

They call for a multidimensional approach to deal with underlying factors such as radicalization and intolerance, and disrupt financial support to terrorist organizations, preventing the recruitment and the “actual travel of foreign fighters to conflict areas”, and providing for “legal prosecution where appropriate”.

The US Congress also held a hearing on the foreign fighters issue early December and the United Nations warned in a report last October that foreign jihadists are flocking to Iraq and Syria on “an unprecedented scale.”

The Morocco-EU Association Council also welcomed the successful unfolding of negotiations on the signing of a Framework Partnership Agreement providing for Morocco’s participation in military operations and civilian missions in the frame of the EU’s Common Security and Defense Policy (CSDP).

The signing of this agreement will enable the EU and Morocco to formalize the administrative and operational coordination arrangements and maintain a special relationship likely to advance the two sides’ cooperation and mutual understanding.