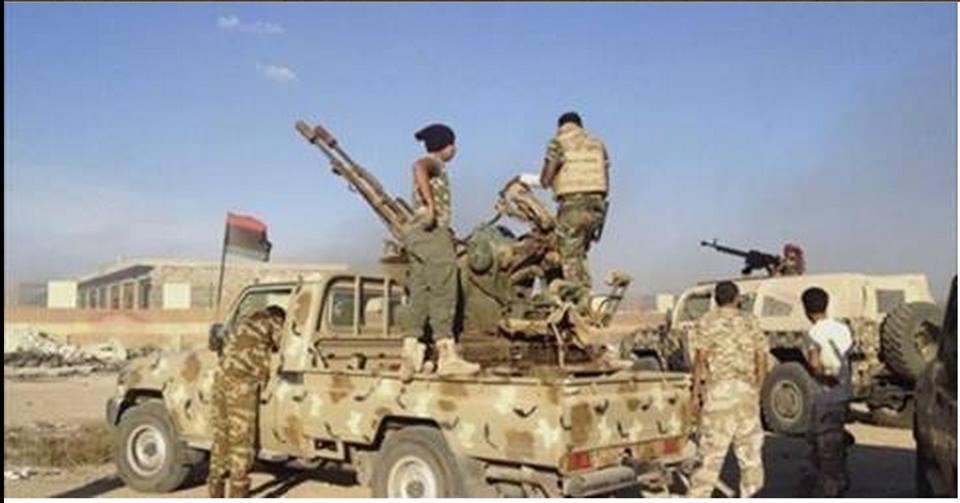 Government forces have once again embarked on airstrikes in Tripoli targeting extremist and paramilitary groups around the surroundings of Tripoli International Airport. The internationally recognized government in Tobruk has already announced in a released statement of Wednesday that it intends “regaining control over Tripoli.” United Nations Support Mission in Libya (UNSMIL) has stated that escalated violence could jeopardize efforts of the political dialogue. Tripoli is housing the government of Prime Minister Omar Hassi and a parliament backed by Islamist groups after the government forces were forced out of the capital.

Libyan Air Force Chief of Staff Saqr Geroushi said the airstrikes destroyed military vehicles of the extremists having their headquarters in the vicinity of the airport. For the Tobruk government, the objective is “the subsequent removal from power of illegal paramilitary groups” in the capital. The level of damage done by the airstrikes has not been fully evaluated.

However, UNSMIL has underlined in a released statement that more military action between warring parties will “not help create the atmosphere conducive” for the UN-led political dialogue. It is urging the different actors involved in the fighting “to do their utmost to ensure that this escalation ceases immediately” in order to give the dialogue a chance to succeed since major Libyan stakeholders are participating in it.

Foreign ministers from Libya’s neighboring countries have also called for an end to the fighting at a meeting in Khartoum.

According to the UNSMIL, key members of the international community present at a ministerial meeting in Brussels this week warned that if key stakeholders fail to participate in the UN-led political process, they will consider additional measures to protect Libya’s unity, stability and prosperity.