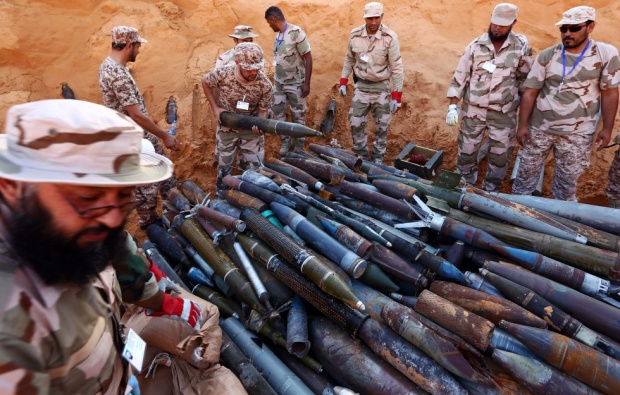 Interior Minister Omar al-Sinki of the Tobruk government that is internationally recognized as the Libyan government has arrived in the United Arab Emirates for a meeting with his homologue Saif bin Zayed Al Nahyan. Speaking to reporters about his mission, the Libyan Minister said he has come to seek for technical, logistical and political support from Arab and international allies in their fight against rival militias. Libya has two governments and both control certain parts of the country.

Sinki was adamant that they will emerge victorious against terrorists and denied that Libya is fighting a civil war saying that it was “impossible.” He told reporters that “Libya, God willing, will eliminate terrorism like Egypt eliminated terrorism.”

Islamists took over the capital some months ago and established a government with a parliament after the elected government and parliament fled to the eastern town of Tobruk. There have been claims by the U.S that Egypt and the UAE have been carrying out airstrikes on the Islamists but Cairo has refuted such allegations while UAE preferred to remain silent.

Minister Sinki didn’t comment on whether the pro-government forces in Libya had received military equipment and arms from the UAE.

However, he vowed that “it is impossible for Libya to be on the verge of a civil war because the will of Libyans is to have a civil state, a state of institutions, a peaceful state, a safe state.” He claimed that the government has now taken control over most of Benghazi and hinted that Darna, an Islamist stronghold that has pledged allegiance to the extremist Islamic State group, will be the government forces next stop.

Libya has turned out to be a fertile land for violence since the uprising against Gadhafi’s regime.