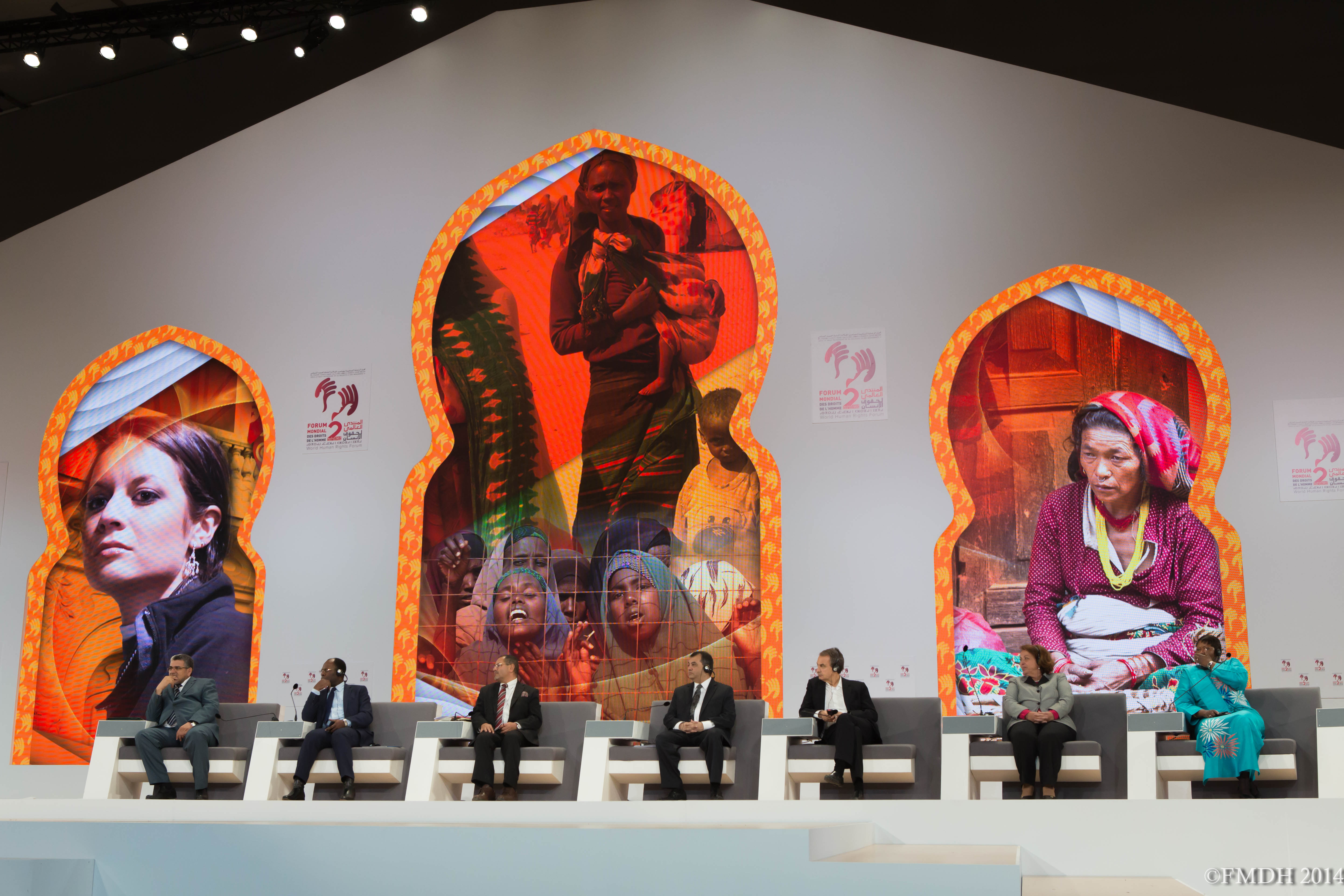 The second World Forum on Human Rights, held in Marrakech November 27-30, featured hundreds of brain storming sessions on the situation of human rights in the world and on ways and means of promoting these rights at the national and international levels, since the challenge is not facing just a few countries but the whole world.

The Forum that was attended by over 7000 participants from some 100 countries provided to governments’ representatives, UN agencies and other international organizations, human rights advocates, civil society militants, Parliamentarians, journalists, businessmen, unionists and NGOs a platform to exchange viewpoints and debate the challenges in matters of human rights protection and promotion.

Participants noted that despite the progress scored in many areas and in many countries, the data available show that the goals set out in international declarations and covenants are not reached in many parts of the world, insisting that transparency, good governance and accountability contribute to the promotion of democracy and help avoid abuses of power and violations of human rights.

In a message he addressed to the opening session of the Forum, the King of the host country, Mohammed VI, underlined the need to involve developing countries, particularly in Africa, in determining human rights standards.

These countries “no longer want to remain a subject for debate and assessment, or to be a field of experimentation. It is a historical fact that international human rights instruments were developed in the absence of Africa,” he said, insisting that “Africa should be given the opportunity to enrich it with its own culture, history and genius.”

The King also announced that Morocco has deposited on November 24 its instruments of ratification of the Optional Protocol to the International Convention against Torture and other Cruel, Inhuman or Degrading Treatment or Punishment, as a prelude to setting up, in the coming months, a National Preventive Mechanism.

This means that Morocco will have, in the coming months, a national institution for the prevention of torture and ill-treatment which will be free to visit all detention centers. The King, on the other hand, announced that Morocco was about to ratify the Third Optional Protocol to the Convention on the Rights of the Child. The Government will thus have to address the grievances of children whose rights are abused.