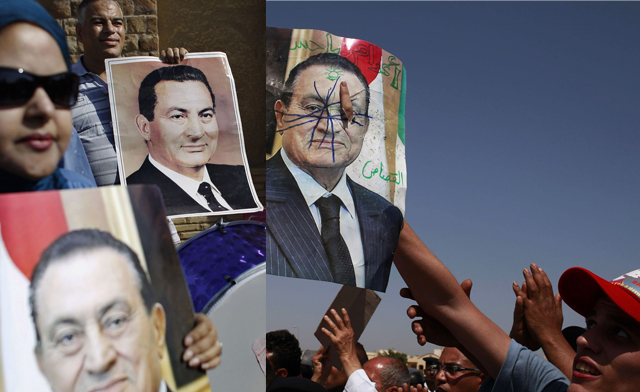 As some Egyptians rejoiced over Cairo criminal court’s Saturday ruling that dropped the case against ex-president Mubarak, others took to the streets to protest against the ruling that they consider has robbed them off the rights they have fought for. The judge said “to rule for or against him after he has become old will be left to history and the judge of judges [God] … who will question him about his rule.” President El- Sisi has called for procedures for the recommendations of the court for compensating families that lost their loved ones in the January 2011 uprising to be elaborated.

Protests were held in universities around the country as police tried to stop mass gathering at public places such as the Tahrir Square. A couple of deaths have been reported and dozens have been injured across the country.

Although Judge Mahmoud Kamel al-Rashidi said the ruling did not free Mubarak from corruption charges and “feebleness” of the latter years of his 29-year rule, the protesters still find it difficult to come to terms with his exemption from the criminal charges. The Egyptian presidency abided by the decision by stating that “the New Egypt born out of the 25 January [2011] and 30 June [2013] revolutions is on its way to establishing a new modern democratic state based on justice, freedom, equality, and counter-corruption.” It also pointed out that the judiciary arm of the government is an independent body.

One of the country’s leading right’s group, The Egyptian Initiative for Personal Rights, said “the verdict [on Mubarak] further reinforces concerns about the alarmingly selective justice system in Egypt, which appears more intent on settling political scores and punishing dissent than establishing justice.”

Protests against the ruling are expected to continue.