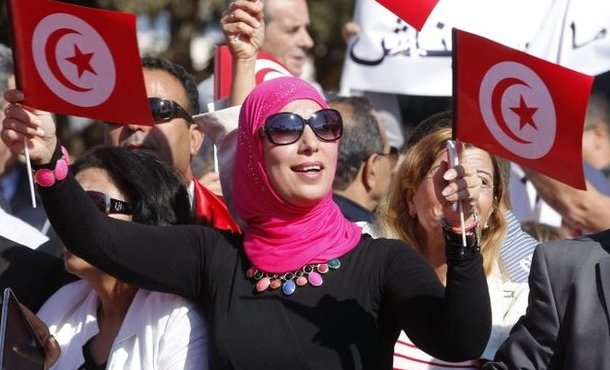 Tunisians will be heading to the polls on Sunday to choose a president among the 22 candidates after the withdrawal of five candidates. Beji Caid Sebsi of the Nida Tounes party and Mr Moncef Marzouki, the incumbent president and a former coalition partner of Ennahda, are expected to be the frontrunners although there are other alternative candidates such as Slim Riahi, a young businessman angling for the youth vote who is also president of the popular Tunis football team Club Africain, and veteran dissident Hamma Hammami who leads the Popular Front, an alliance of leftist parties. Judge Kalthoum Kennou is the only female candidate amongst them.

Nida Tounes won the majority of parliamentary seats (86 out of 217) at the legislative elections, but it will have to ally with other parties to form a coalition government if its leader wins the presidential elections. Sebsi had promised that if he wins, the government will be formed on the basis of “the country’s interests.”

Mr. Marzouki, a writer, physician and human rights activist, who was elected president in December 2011 by the constituent assembly said that his victory in Sunday’s polls will mean a formation of a “government of national unity” that will represent “all political currents, all regions and all classes.”

Since Ennahda has neither presented nor endorsed any candidate, most of its supporters are expected to rally behind Marzouki.

Some Tunisians are skeptical about electing Sebsi as president due to his past. He was an interim prime minister for 10 months in 2011, and three times a minister under the post-independence authoritarian president Habib Bourguiba, namely of the Interior, of Defense and of Foreign Affairs. They fear that his election could mean a return to an authoritarian regime although Mr Caid Sebsi’s camp has offered assurances that a government led by Nidaa Tounes would respect civil liberties.

Security measures have been tightened in Tunisia ahead of the elections because of threats from the Islamists to disrupt the elections.