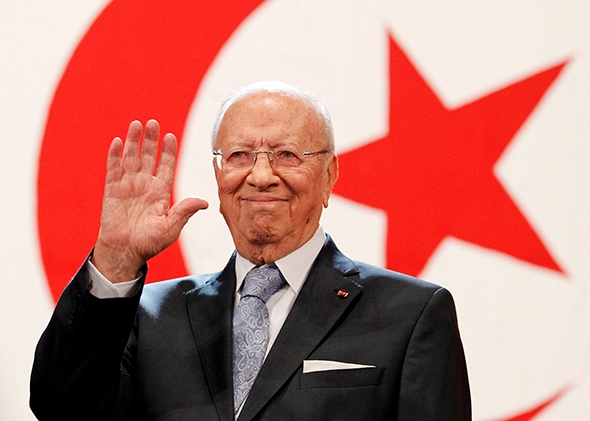 The presidential campaign atmosphere is rocking Tunisia as the parties continue to seek votes nationwide. The potential winner is 87-year-old Beji Caid Essebsi of the Nida Tunis party, a veteran politician who served under Ben Ali and his predecessor Habib Bourguiba. The party won the majority of seats in the recent parliamentary elections. Some of the Tunisians are concerned about Essebi’s age while others are worried that his victory could mean a one party state.

Tunisians will be going to the polls on November 23 to choose between the 25 candidates running for president but in case there is no absolute majority, the two candidates that will have gleaned the highest votes will go for a second round on December 28.

A successful presidential election will be an important step in the country’s transitional process. Since the departure of President Ben Ali in 2011 after the people’s uprising against his regime, the country has been faced with many challenges that it has been able to overcome peacefully.

However, there are fears that a Ben Ali styled regime could return if Essebsi emerges victorious.  Michael Ayari, Tunisian analyst at the International Crisis Group said his victory could mean a “one-party state” and a return to “centralization” thereby making the 87 year old “an omnipresent figure” just like Ben Ali.

Essebsi is trying to calm down fears that Nida Tunis will abuse power if he becomes president. He said that he “will not exclude any party” if elected as president. Islamist leaders are also trying to assure their supporters that the country will not become a police state. Responding to critics about his age, Essebsi argued that being young is a “state of mind” and the polls will decide if he is fit enough to be president.