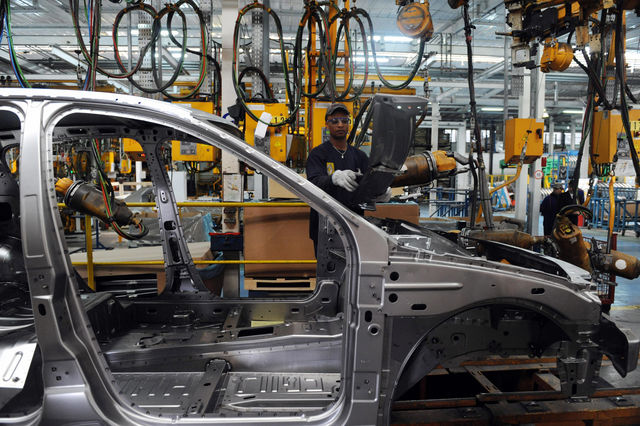 Algerian and French government officials were gathered at the western city of Oran to witness the opening of a €50 million Renault car factory in Algeria that will produce 25,000 units per year before rising to 75,000 by 2019. The plant is a joint venture and will be producing the ‘Symbol’ model; a saloon based on Renault’s Clio compact.

Prime Minister Abdelmalek Sellal said the factory is a “product of a win-win partnership” after an agreement was signed in December 2012 during a visit by President Francois Hollande. French Foreign Minister Laurent Fabius said the factory represents the fruitful cooperation between Algeria and France.

The factory is considered as the revival of the country’s industry. Algerian sources say overall investment in the plant is expected to reach €800 million. The factory will create employment for almost 126 people but the figure is expected to rise to 350. The country’s unemployment rate is around 10%. Sellal said that the project marks “the re-launch of the national industrial base” which continues to be a top priority for the government.

Algeria heavily depends on the revenue generated from its hydrocarbons and imports most of its manufactured goods. The North African country is Renault’s tenth-largest market in the world. Last year, it was the continent’s second largest automotive consumer after South Africa.

As part of the joint venture, Renault has a 49% stake in the factory while Algeria’s Société Nationale des Vehicules Industriels owns 34% and the remaining percentage is held by the Algerian National Investment Fund. Algerian does not allow foreign investors to have more than 49% stakes in investments.

Renault has a plant in nearby Morocco where 100,000 units were built last year although 90% of it was exported.