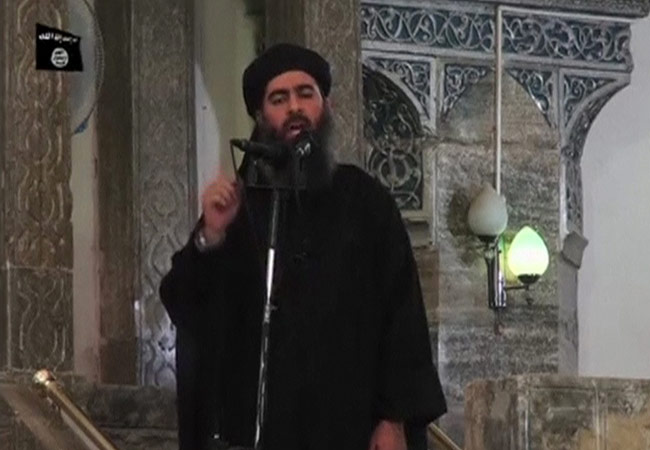 Was Isis leader Killed in US airstrike ?

A close aide of the leader of the Islamic State (Isis) Abu Bakr al-Baghdadi was killed in a US air strike on a convoy of militants in Iraq. This operation has fuelled mounting speculation that the Isis Chief was himself killed or injured in the attack because the two men were rarely separate.

However, neither Baghdad, nor Washington or London can confirm that the most wanted man in the world was among the causalities.

According to some Isis members, the leader of the jihadist group was not in the convoy, while sources claimed that Abu Bakr had been either killed or “critically injured”.

“I can’t absolutely confirm that Al Baghdadi has been killed,” said General Nicholas Houghton, Chief of the Defence Staff of the British Armed Forces. “Probably it will take some days to have absolute confirmation.”

Jihadist internet forums remained silent and even surveillance of the group’s communications in the aftermath of the attack was unable to confirm the death of Al Baghdadi. Western intelligence agencies have not ruled out that he may have been injured.

Unlike his predecessor, Abu Musab al-Zarqawi – who kept power centralised, Al Baghdadi has assigned deputies to manage everything from military stores and roadside bomb attacks to the finances of the organisation which is currently considered as the richest and best equipped terror organisation in the world.

The death of Al Baghdadi would boost President Barack Obama who has faced criticism that the US-led coalition air strikes against Isis are having little effect.

Washington has offered a $10 million reward for the capture of Isis leader seen as more powerful than al-Qaeda chief Ayman al-Zawahiri. His elimination would improve Obama’s popularity in the US wherein the Democrats have lost control of the two chambers of the Congress.