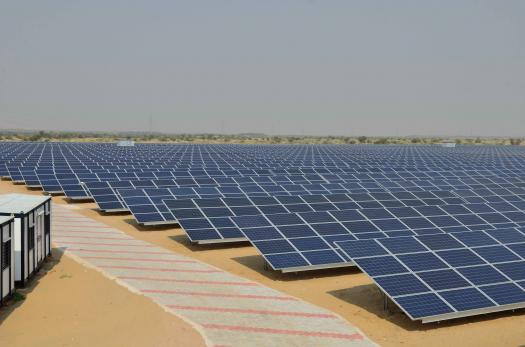 These projects will enable the country to reduce its dependence on hydrocarbons. Jordan imports over 97 per cent of the energy it consumes, relying disproportionately on natural gas from Egypt and oil from Saudi Arabia.

The three plants will be constructed by the Norway-based Scatec Solar Company which currently owns and operates 220 MW of solar power facilities in the Czech Republic, South Africa and Rwanda.

Under the signed agreements, Scatec Solar pledged to construct the plants and provide operation and maintenance services. It will also own 70 pc of the 10 MW Oryx plant and 40 pc of the two other plants totalling 33 MW capacity. The companies expect to complete the plants in the second half of 2015.

The three plants will produce an estimated 104,000 megawatt hours annually and generate revenues of some $17 million a year, according to Scatec Solar. The Jordanian National Electric Power Company (Nepco) will buy the electricity produced by the plants under a 20-year power purchase agreement.

The European Bank for Reconstruction and Development (EBRD) and the French Development Agency (Proparco) are providing loans totalling US $ 100 million (US$ 50 million each) to fund the construction of these plants.

According to EBRD officials, Jordan had outstanding solar energy sources and the bank is committed to developing the country’s solar sector and helping it to meet its growing energy needs due to its rapidly expanding population.