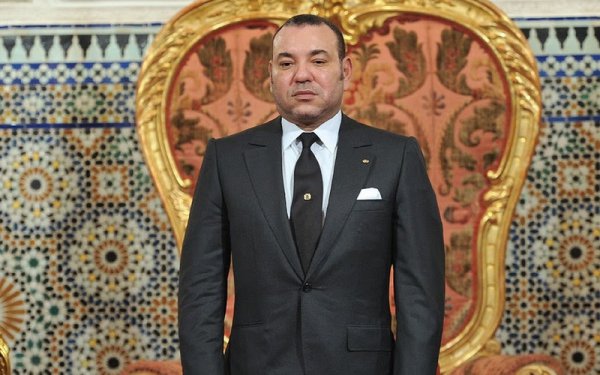 Western Sahara: Autonomy Initiative is the Maximum Morocco Can Offer

Morocco has renewed its readiness to take part in negotiations, either direct negotiations or negotiations through UN mediation, to settle once and for all the Western Sahara conflict, but made it clear that its sovereignty over its entire territory is not negotiable and that the autonomy initiative proposed in 2007 is the maximum that Morocco can offer.

“Morocco has no complex about taking part in direct negotiations, or negotiations through UN mediation with any party. It must be emphasized, however, that Morocco’s sovereignty over its entire territory is effective, inalienable and non-negotiable,” and that “the autonomy initiative is the maximum Morocco can offer in terms of negotiation to achieve a final solution to this regional conflict,” said King Mohammed VI of Morocco on Thursday.

In a speech he delivered on the occasion of the 39th anniversary of the Green March – a peaceful march that led to the liberation of the Sahara from Spanish occupation in 1975- the King insisted that “when Morocco opened the door to negotiations with a view to reaching a lasting solution to the artificial dispute over the Sahara, the issue was not – and never will be – our country’s sovereignty and territorial integrity,” and that “the fact that Morocco chose to cooperate in good faith with all parties should not be interpreted as a sign of weakness, nor should it be used as a means to ask for more concessions.”

The sovereign reaffirmed his country’s rejection of any deviations noted in dealing with the Sahara, such as “the attempt to change the nature of this regional conflict and to present it as a decolonization issue,” “the attempt to reconsider the principles and criteria of the negotiation process,” or “any attempt to revise and expand the MINURSO mandate to include such matters as the supervision of the human rights situation.”

The king who has thus given a clear cut response to those who claim the expansion of the MINURSO mandate to human rights monitoring in the Sahara said “the international community acknowledges that Morocco has committed credible mechanisms and institutions that can deal with human rights issues,” that “Morocco is the only country in the region which cooperates with the Special Procedures of the United Nations Human Rights Council,” and that “Morocco is also willing to be more open to all international human rights bodies and organizations which abide by the principles of neutrality and objectivity in dealing with Moroccan issues.”

“My country rejects the policy of belittling its initiatives and of amplifying events occurring in the southern provinces, while saying nothing and acting in collusion with regards to events in Tindouf and the neighboring countries,” he said adding it is high time to stop exploiting the rights and freedoms offered by the homeland to conspire against it.
The King went on to say that Morocco also rejects that the real party concerned in this conflict, alluding to Algeria, be favored in this conflict and allowed to evade its responsibilities.
“Unless Algeria – the main party in this conflict – is held accountable, there will be no solution,” he insisted pointing out that “this is not intended to offend Algeria, its leadership or the Algerian people, whom we deeply respect.”

“Moreover, without a responsible approach to the tense security situation in the region, there will be no stability,” King Mohammed VI pointed out, adding that “whoever thinks that the Sahara issue will be addressed through fabricated technical reports or vague recommendations that seek to reconcile the demands of all parties is wrong.”
Alluding to the UN-sponsored negotiations process on Western Sahara, the King said “the sovereignty of Morocco cannot be hostage to the ideological ideas and stereotypical approaches of some international officials. Any deviations or fallacies in this regard can seriously undermine the United Nations’ action in this case.

He however made it clear that “Morocco is ready to cooperate with all parties to reach a solution that respects its sovereignty, that is face-saving for everyone, and that contributes to consolidating security and stability in the region and to the achievement of Maghreb integration.”

Although the UN-sponsored negotiations process is deadlocked and although the UN Secretary-General’s Personal Envoy, Christopher Ross, has not visited the region for months, King Mohammed VI expressed appreciation to the UN Secretary-General and to the major international powers – especially the United States of America and the White House in particular – for making a positive contribution at various stages to finding a solution to this issue.

While hailing their support for Morocco’s efforts and for the negotiating process on the basis of the autonomy initiative, the King has called them to express a clear position concerning this conflict.
“At a time when they reaffirm that Morocco is a model for democratic development, an influential state in ensuring security and stability in the region and a partner in the fight against terrorism, there is some ambiguity in the way they deal with the question of its territorial integrity, he said.

The King who reiterated that Morocco is in its Sahara and never was an occupying power or an administrative power, said he is confident that what is right and legitimate will prevail over any separatist tendencies.