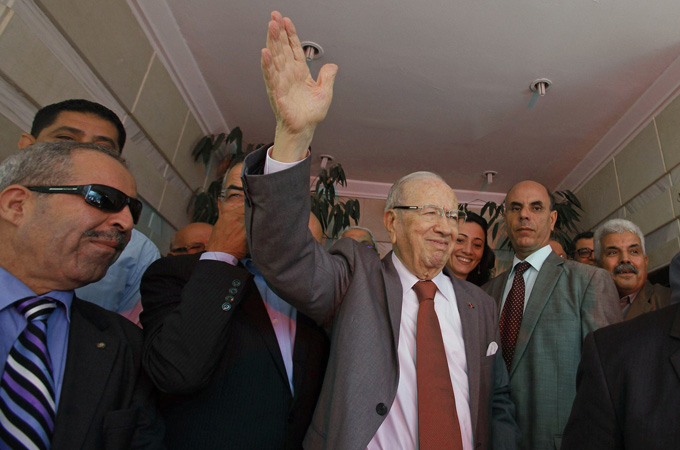 With secular party Nida Tounes poised to win the parliamentary elections ahead of the official results expected to be announced before Friday, the debate over a coalition led government has emerged. Moderate Islamist party Ennahda is considered to be the runners-up of the elections and could therefore assure a stable government but Beji Caid Essebsi, head of the Nida Touness has stated that they will like to “govern with those closest to us.”

Local media houses have already started to claim that a grand coalition will be formed while others have suggested what an ideal coalition could be. La Presse argued that “the best scenario would be a Nidaa Tounes-Ennahda coalition guaranteeing a stable government for the next five years.”

Nida Touness is expected to occupy around 80 seats in the parliament while Ennahda comes second with 70. There are 217 parliament seats.

The spokesperson for Nidaa Tounes, Aida Klibi, downplayed the euphoria surrounding the formation of a coalition government and urged Tunisians “to wait for the election of the president of the Republic on November 23 to be able to confront the issue of government alliances, which is being debated right now.” The President appoints the Prime Minister.

The leader of Nidaa Tounes, Essebsi is considered to be the likely winner of presidential elections. During the legislative campaign, he didn’t rule out a coalition government. However, he stated that the party “will govern with those closest to us, with the democratic family, so to speak.”

The party’s campaign manager, Anis Maazoun, said they are against “exclusion” and support “coexistence” rather than “coalition.” We in Nidaa Tounes believe that the Ennahda movement has become a reality in the Tunisian political landscape. Therefore, we are meant to coexist, he said.