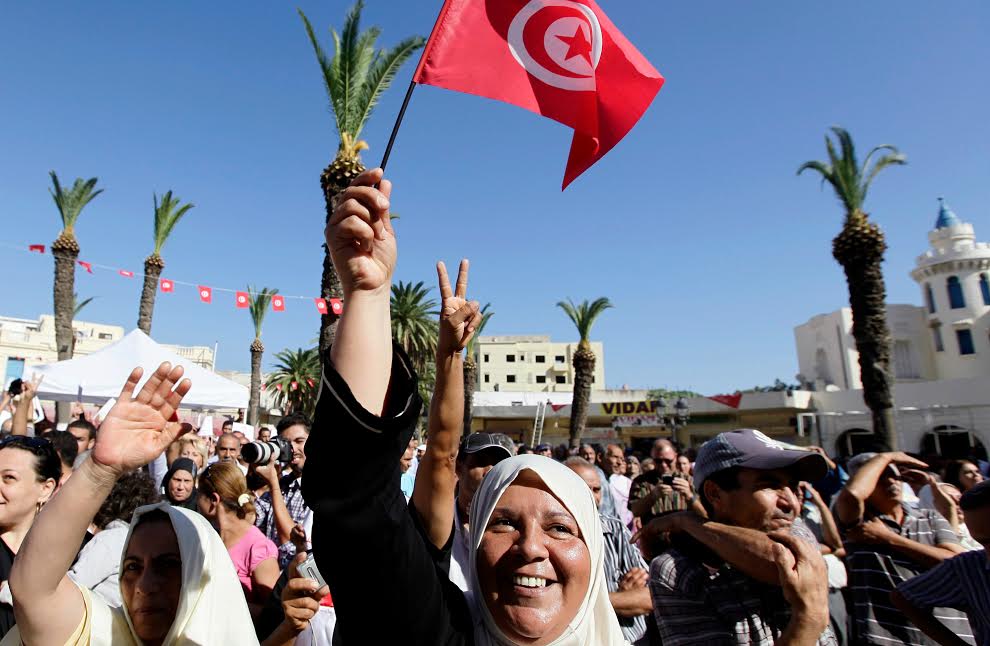 Despite warnings that the crucial parliamentary elections could be sabotaged by jihadist groups, Tunisians came out in their numbers to vote. The process which was peaceful throughout the country is being hailed as a very important step towards democracy. Official results are not yet announced but Ennahda has already admitted that it has lost to the country’s main secular opposition party Nidaa Tounes.

Since the end of the protests that ended Ben Ali’s regime, this is the second time that Tunisians return to the polls to elect their parliamentarians. The Sunday election marks the first under the country’s new constitution. Officials place provisional turnout at 62%. Around 80,000 security personnel were deployed around the country to assure that voting is held peacefully.

Despite predictions that these elections could serve as a flashpoint and that Ennahda would merge vistorious, the secular Nidaa Tounes party appears to have taken the lead with a comfortable and uneventful plurality. Nida Tounes was formed in 2012 and is led by former Prime Minister Beji Caid el Sebsi, 87, and made up of former Ben Ali government officials, liberals and secularists.

Results have started coming in slowly ahead of the official one that is expected to be published before next week. However, Ennahda has already ruled itself out of the race for a majority in the 217 seats in the parliament. Lotfi Zitoun, an Ennahda party official, said that “we have accepted this result and congratulate the winner.” Before the crisis which led to the establishment of a nonpartisan technocratic government, the Tunisian parliament was dominated by Ennahda.

The international community has applauded Tunisia for holding elections despite the challenges that continue to threaten its transitional period.