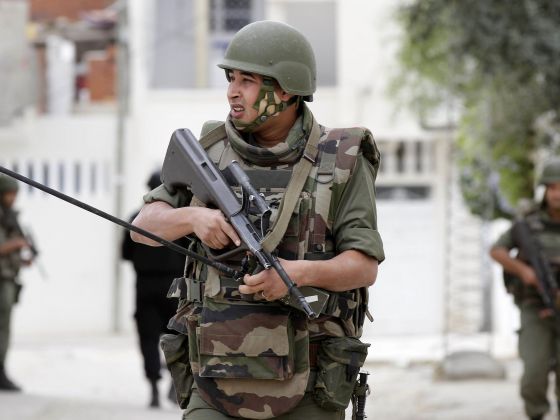 At least seven people were killed in Tunisia in violent clashes that occurred lately between local security forces and Islamist militants as tensions build up in the North African country which is bracing for landmark parliamentary elections.

Tunisian police officers stormed the home of suspected militants to end a 24-hour standoff on Friday, leaving five women and one man dead in the outskirts of capital city, Tunis. One policeman was killed in the operation.

A spokesman for the Tunisian interior Ministry said the primary goal of the perpetrators of this terror event is to disrupt next Sunday’s elections which are part of the democratic transition launched in the country after overthrowing Ben Ali’s regime.

Tunisian authorities have launched security alerts fearing some actions by Islamist fanatics would seek to interrupt the polls and pledged to protect the electoral process by all means.

Tunisian voters hope the poll will consolidate the country’s democracy after a year of political disputes that almost botched up the transition process.

In a bid to prevent terror actions from neighboring countries, Tunisia closed Thursday its border crossing points with Libya which is struggling to control Islamist militants and armed factions.