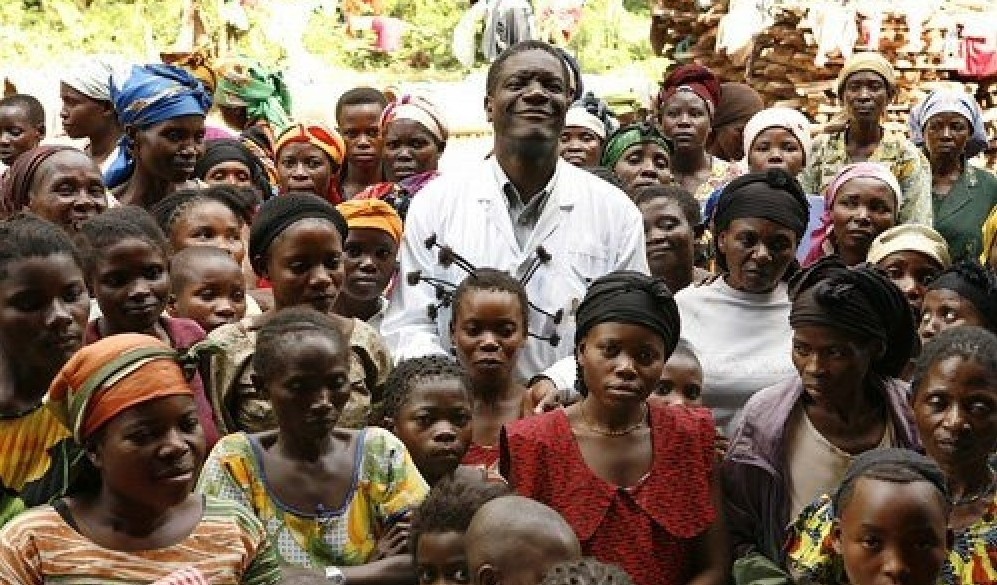 Congolese Gynecologist Adds Sakharov Prize to his Collection of Awards

Congolese Gynecologist, Denis Mukwege, has won the Sakharov Prize for Freedom of Thought 2014 awarded by the European Parliament for his standing up for women´s rights.

“The Conference of Presidents decided unanimously to award Dr Denis Mukwege from Democratic Republic of Congo the Sakharov Prize for his fight for protection especially of women,” said EP President Martin Schulz in a statement announcing the 2014 laureate.

In many armed conflicts around the world, rape is used as a weapon of war, but Mukwege decided to help victims in his country, said the statement. The 59-year-old gynecologist founded the Panzi Hospital in Bukavu in 1998, when a war took place in the Democratic Republic of Congo, where today he still treats victims of sexual violence who have sustained serious injuries.

The war in DRC might be officially over, but the armed conflict still continues in the eastern part of the country and so do attacks against civilians, including gang rapes. Despite travelling regularly abroad to advocate women’s rights and managing Panzi Hospital, Mukwege continues to see patients and perform surgery two days a week, the statement said.

The $65,000 Sakharov Prize for Freedom of Thought is awarded each year by the European Parliament. The award, set up in 1988 in honor of the Soviet dissident Andrei Sakharov, is granted to individuals and organizations defending human rights and fundamental freedoms.

Commenting on Dr. Mukwege’s new distinction, Advocacy Director at Human Rights Watch’s  Africa Division, Anneke Van Woudenberg said that the move “will surely draw a collective cheer from thousands of women whose lives have been destroyed by brutal sexual violence.”

Describing Dr. Mukwege as “a hero to thousands of Congolese women and girls” whose heroism is today recognized beyond Congo’s borders, she said Dr. Mukwege has been on the frontlines of the fight against sexual violence in the DRC and has treated countless victims of sexual violence in his hospital in Bukavu, eastern Congo.

“He has been threatened, his family has been attacked, yet he continues the arduous task of mending the bodies of women and girls ravaged by brutal rape. He does it with kindness, grace and compassion” said the HRW activist.

In September 2012, DR.Mukwege made a strong speech before the UN condemning impunity for mass rape in the DRC, openly criticizing the shameful 16 years of inaction by the International Community and the Congolese government about the massacres in the Kivu region of the Congo.

Shortly after this speech, he was attacked by an armed gang and narrowly escaped death. After the assassination attempt, Mukwege went into exile in Europe. But reports on “the devastating effect” his absence had on the Panzi Hospital daily operations, prompted him to ignore the threats to his life and to go back to treat his patients.

When he returned to Bukavu on January 14, 2013 the population and especially his patients reserved him a warm welcome over the some 32 KM from the Kavumu airport to the city of Bukavu.

Anneke Van Woudenberg noted that Dr. Mukwege has also chosen not to remain silent. He lobbies tirelessly to end sexual violence and rape as a weapon of war. No other Congolese man has spoken out so often and so forcibly on this issue, she said.

According to HRW, Sexual violence in Congo is at epidemic proportions. There are no exact statistics, since collecting data in a war zone is exceedingly difficult, but various studies confirm the figure is in the hundreds of thousands. Many of the victims have been gang-raped. Those attacked range from the very young to the very old, says the human rights defense organization.

Denis Mukwege, born on March 1st 1955, was the third of nine children born to a Pentecostal minister and his wife. He studied medicine because he wanted to heal the sick that his father prayed for. After he obtained his medical degree in 1983, he made his first professional steps in the rural hospital of Lemera south of Bukavu where he had been confronted with the complications of childbirth experienced by women who had no access to specialist healthcare. In 1984, he won a scholarship to specialize in gynecology at the University of Angers in France. He founded the association with Angevin France Kivu to help his region of origin. Despite a well-paid job in France, in 1989 he chose to return to Congo and was appointed medical director of Lemera Hospital.

At the first Congo War in 1996, the hospital is brutally destroyed. Several patients and nurses were brutally killed, but Dr. Denis Mukwege survived miraculously. He took refuge in Nairobi for a while and returned to his homeland. With the help of a Swedish charity, the PMU (Pingstmissionens Utvecklingssamarbete,) he founded the Panzi Hospital where he discovers a new disease that deeply marked the rest of his career: the deliberate and planned destruction of female genitals. To cope with this voluntary epidemic, he specialized in the management of women gang raped, providing victims of sexual violence with support, not only physically and mentally but also economically and legally. Mukwege soon became the world’s leading expert on how to repair the internal physical damage caused by gang rape. He has treated several thousands of women since the Second Congo War, some of them more than once, performing up to 10 surgeries a day during his 18-hour working days.

In 2011, he received three successive awards in Belgium: the Jean-Rey Prize, the King Baudoin Prize and the Peace Prize of the city of Ypres. The same year he was awarded the German media prize.

In 2013, he was awarded the Grand Prix of the Chirac Foundation for conflicts prevention. He also received the Clinton Foundation Award and was made doctor honoris causa by the Catholic University of Louvain earlier this year.

And his collection of awards was enriched this October with the Sakharov Prize for Freedom of Thought.