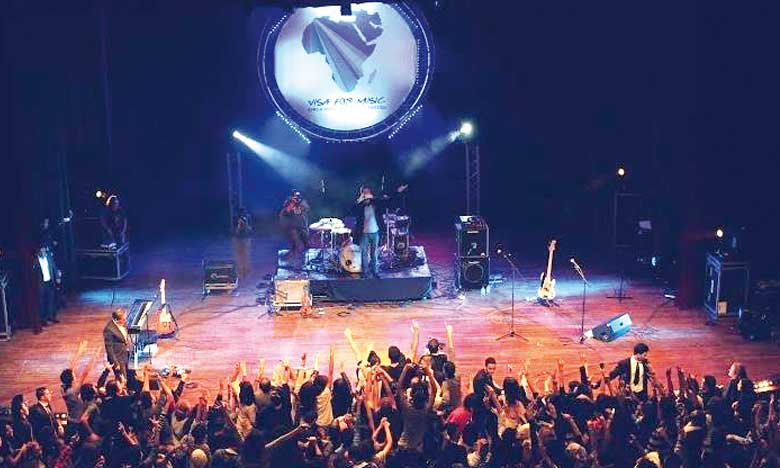 Cultural life in Morocco has turned the Covid-19 page with main cities bustling with festivals bringing together artists from all corners of the world and confirming Morocco’s standing as an arts hub and an oasis of cultural openness in a region beset by insecurity and turmoil.

In Marrakech, curtain fell on the 19th edition of the International Film Festival that made an impactful come back after Covid-19 prevented actors from directly meeting their fans.

The festival’s Prix d’Or went to Iranian director Emad Aleebrahim Dehkordi’s for his debut drama A Tale of Shemroon.

The festival broke its own record of attendance hitting 150,000 filmgoers for 124 film screenings and nearly 20,000 accredited attendees, almost double the number recorded for the festival’s last edition held in a pre-pandemic 2019.

Morocco which hosts festivals livened up with performance of mega-stars such as Mawazine is also a destination for young talents on their way to make international careers.

Rabat in particular is now home to several festivals dedicated to young talents such as Visa for Music which has wrapped up after four days of world music bringing together emerging music bands and singers from Africa and the Middle East.

The particularity of the four-day festival is that it paves the way for young artists to forge ahead in their career connecting them with music industry professionals.

The festival has paid particular interest to African artists, making Rabat a launchpad for many singers from the continent to make themselves known.

Earlier in September, at least 520,000 people attended a music festival that run over three days in Casablanca bringing together a constellation of mega music stars, signaling the recovery of Morocco’s artistic scene after a period of cultural lethargy that lasted two years because of Covid-19.

The final concert was attended by 200,000 music-lovers who joined in the Souissi scene in rabat to enjoy breathtaking performances by diva Samira said and master Salif Kaita as well as Fnair and world-renowned Lartiste.

Meanwhile in other cities, Jazz fans enjoyed the Tanjazz festival which returned to enchant the public after two years of absence. The same city, Tangier, has hosted the national film festival.

Essaouira on its part vibrated to Gnawa rhythms and sounds during the Gnaoua Festival held in the summer. This year, the Gnaoua festival Tour included Marrakech, then Casablanca and Rabat.