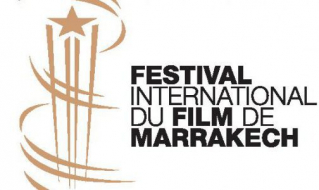 Prince Moulay Rachid, President of the Marrakesh International Film Festival Foundation, gives a warm welcome back to the movie-lovers from around the world to the festival which opens doors this Friday after a two-year pause due to Covid-19 restrictions.
“After a two-year absence due to the pandemic, we are pleased to welcome you again for the 19th edition of the Marrakech International Film Festival”, said the Prince in a message posted on the website of the festival (Nov.11-19).
“The global health crisis has had huge consequences on our ecosystems both nationally and internationally and we must recover from all the losses. In this particular situation, we greatly appreciate the efforts made by our partners through their generous contributions, though they have also suffered from the pandemic too. Without their support, our festival could not be held”, added Prince Moulay Rachid.
“The values that we have always shared are more than ever essential to humanity: to discover other people and cultures, to create a dialogue among civilizations and to live together in harmony”, stressed the Prince in his message.
“The great Italian director Paolo Sorrentino presides over a magnificent jury who will consider the Official Competition in which, once again, world cinema will shine through the first and second works of directors, shaping the cinema of tomorrow”, he added.
Alongside this competition, festival-goers will enjoy a wide-ranging program of films from different nations. This diverse program will be shown in Marrakech through Gala Screenings attended by their cast members, Special Screenings, the 11th Continent program of avant-garde cinema, the Moroccan Panorama – a showcase of the best of our national film productions –, screenings of popular movies on the Jemaa El Fna Square and educational sessions for young audiences.
This year, the Festival pays tribute to iconic Scottish performer & producer Tilda Swinton, US director James Gray, Moroccan producer Farida Benlyazid and Indian actor Ranveer Singh.
The Festival’s “In Conversation With” series continues with exceptional personalities coming to Marrakech to discuss their vision and professional practice.
The Atlas Workshops, the Festival’s professional platform launched in 2018, will continue to assist and promote emerging talents from Africa and the Arab world.
“For the past two years, the program was conducted online and many of the films that took part in this platform have since been selected and won awards at some of the most prestigious film festivals worldwide”, said Prince Moulay Rachid in his message.
Fourteen feature films from across the world, including six by women, will be in the running for the festival’s top prize, the Gold Star.