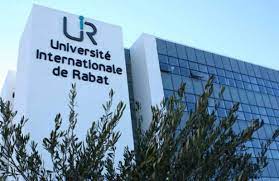 The International University of Rabat and Israel Aerospace Industries (IAI) agreed on Monday to exchange experiences and enhance cooperation ties in scientific research and innovation.

The agreement was inked in Tel Aviv by Noureddine Mouaddib, President of the Moroccan University and Eytan Eshel, CEO of IAI. The deal will enable the Moroccan academic institution to benefit from IAI know-how and experiences in information technology, engineering, digital science, aerospace, automotive, renewable energy and civil aviation industry.

The cooperation agreement was sealed on the sidelines of a working visit a delegation from the Rabat International University is paying to Israel to explore partnership projects with Israeli academic institutions.

Monday, members of the Moroccan delegation met with managers of several IT firms as well as with “Start-up Nation Central l”, a non-profit organization seeking to strengthen Israel’s innovation ecosystem, which is the engine that drives the country’s economy, employing more than 10% of the population and making up 54% of exports.

Following the restoration of diplomatic ties between Rabat and Tel-Aviv in 2020 within the frame of the US-brokered Abraham Accords, cooperation between the two countries is gaining momentum in all sectors, while Moroccan and Israeli officials have intensified high-level contacts, talks and exchange of visits.