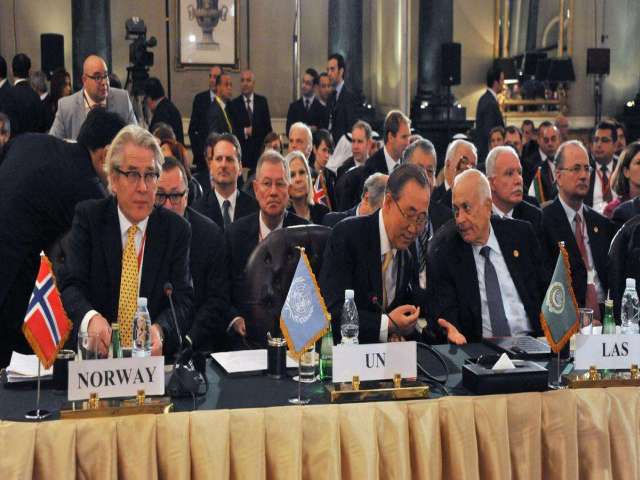 UN Secretary General Ban Ki-moon has pledged UN support for the Palestinian Unity Government and its plan for the rebuilding of the war-battered Gaza strip.

The UN chief has made the pledge during his address to the international conference on the reconstruction of Gaza held Sunday in Cairo. “The successful reconstruction of Gaza requires a strong political foundation”, terming the comprehensive reconciliation agreement reached in Cairo on 25 September “a promising first step”, said Mr Ban, noting that he was encouraged by the first historic meeting convened by the Palestinian unity government in Gaza wherein dozens of schools, hospitals and clinics were destroyed or damaged by Israeli airstrikes and shelling.

UN facilities sheltering women and children were also hit during last israeli-Palestinian war, resulting in many casualties. Eleven staff members of the UN were killed in the conflict.

“Gaza remains a tinderbox,” added Mr. Ban ki-moon, stressing the need to address the roots that fuelled the recent hostilities, citing in this regard the Israeli occupation that has lasted almost half a century, the continued denial of Palestinian rights and the lack of tangible progress in peace negotiations.

The UN SG also called “all parties to come together to map out a clear course towards a just and final peace — including achieving a full lifting of the blockade, ensuring Israel’s legitimate security concerns; and establishing two States living side by side in peace and security”.