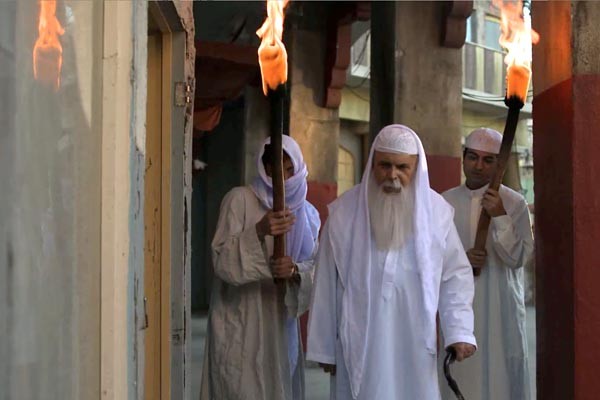 “Innocence of the Muslims” : Trigger Movie in the “Arab Spring”?

Did the movie Innocence of the Muslims cast a shadow on the romanticism of the Arab Spring? This amateur production was the work of an Egyptian Coptic who evidently drew a satirical picture of Muhammad. The movie was barely watched when its 14-minute “trailer” was first uploaded to You Tube in June. But then a Saudi sheikh, Khaled Abdullah, decided to broadcast it on September 8th on the Saudi state-owned Salafist TV station Al Nas, which is carried on the Egyptian state-owned satellite network Nile Sat.

Within about 48 hours of the Al Nas broadcast, the protests kicked off, first in Cairo, where the US Embassy was stormed by 350 Egyptians – most of them football hooligans mixed with self-declared Bin Ladenists – who tore down the Stars and Stripes and replaced it with a black flag bearing the Muslim Shahada creed – a flag often associated with jihadists. Libya was a different story. There, a group of al-Qaeda-linked Salafists stroked the US Consulate in Benghazi, killing four American diplomats including Ambassador J. Christopher Stevens.

After Egypt and Libya, “rage” rallies rippled many capital cities around the globe, from Dhaka in Bangladesh to London. Among the worst hit was the US Embassy compound in Tunis, which was raided, its windows broken and trees set on fire. Again, the US flag was replaced by the black Shahada flag. In all, some 28 people have died in violence purportedly waged in reaction to the ‘Innocence of Muslims’ movie, including a dozen who were blown up in Kabul on September 18th by a female suicide bomber affiliated with Hizb-i-Islami, an Afghan Islamist group.

Nobody expected the culture of democracy to be embedded in the Middle East and North Africa overnight as significant sections of the population in this region are not used to democracy and freedoms and who find – for the first time in their lives – the opportunity to express themselves freely. Still it is too early to presume that these protests demonstrate the incapacity of these crowds to incorporate democracy in their culture.

In the protests in Sudan and Benghazi, there were only a few hundred demonstrators on the street, while in Cairo only about 2000 people took part in the protests – these numbers show how small were actually the demonstrations, particularly in contrast to the earlier mass political protests that brought down the Ben Ali, Gaddafi or Mubarak regimes. Had the Prophet really been insulted, you would see 100 million Muslims in the streets instead of the few thousand. It appears that, in reality, most of the people actually ignored the poor-quality movie and went back to their normal life.

Arab Spring is also called as ‘Arab revolutions’. In any case, revolutions are products of historical forces. It normally takes a long time – even around 20-30 years – for a revolution to reach its aims. As the societies in the Middle East and North Africa are still in the initial states of their ‘revolutions’, we can only guess where this complicated and complex process will take them over the next 20 or 30 years. What we do know for sure now is that this latest series of demonstrations across the MENA region is a by-product of the Arab Spring process which has been fed by the people’s desire to have more voice in the ruling of their country and to have a freer life.