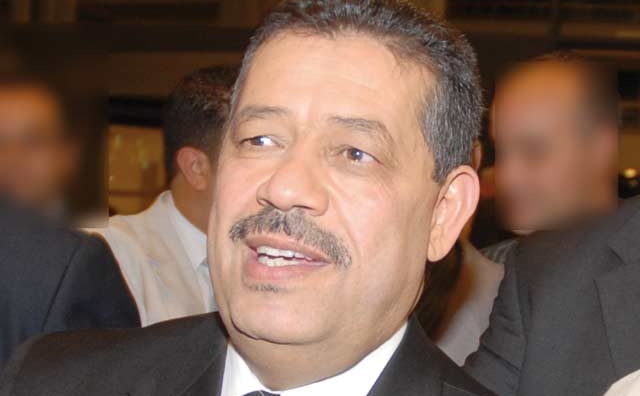 Hamid Chabat: from union activist to leader of Morocco’s Istiqlal

Hamid Chabat, a former factory worker and mechanic , has been elected Secretary General of the Istiqlal party, one of the most powerful political parties in Morocco. Nothing  predestined this man, who started his career at the bottom of the ladder, to this spectacular rise except his boundless ambition that he started to kindle since 1975.

Chabat, born in 1953, started his career as a simple worker in a factory assembling motorcycles in Fez (la Société des industries mécaniques et électriques de Fès- SIMEF). He joined the Istiqlal party’s trade union – General Union of Morocco’s Workers (UGTM)-, became delegate of his co-workers and won his first social battle against his employers. He then imposed himself as the UGTM local secretary. In 1981, he became member of the Executive board of the party’s youth section. This is the beginning of a journey that will go crescendo and nothing will rein the young man’s ambition.
Unionist activism was not enough for Chabat. He entered politics and became member of Parliament in 1997. Chabat’s political career was taking a new turn. In 2002, he was re-elected deputy of the city of Fez, Morocco’s cultural capital, to the House of Representatives. During the local elections of 2003, he was elected mayor of the city and during the 2007 legislative elections, he won re-election to the House of Representatives against a heavyweight contender, Lahcen Daoudi of the Party of Justice and Development.
Known for his fierce attacks against all his opponents, he played a key role in the removal in 2006 of the UGTM founder and long time Secretary General Abderazak Afilal and his replacement by Mohamed Benjelloun Andaloussi. Chabat’s growing ambition prompted him to plot, with the help of his friends, a second coup against Benjelloun Andaloussi and to submit his candidacy to the position of UGTM Secretary General.
He succeeded in his undertaking and became in January 2009 Secretary General of the trade union, combining thus unionism and politics. The same year, he was elected member of the Executive Committee of the Istiqlal Party at its 15th congress and was re-elected mayor of Fez. In November 2011, he was re-elected in the parliamentary elections for another mandate.
Inebriated by his success, Chabat multiplied attacks against all his opponents, sparing no one and no party from the whole political spectrum. If his offensive attacks and his candor were not to the liking of the Istiqlal Party’s traditional leadership, they were on the contrary highly appreciated in the party ranks, and for many members of the party, he was the man for the job.
Having grown familiar with the corridors of power, Chabat succeeded to weave strong alliances within the Nationalist Party and knew where he was treading when he run for the post of Secretary General of the conservative Istiqlal Party, founded in the 1940s with the main purpose to struggle for the independence of Morocco, then under French Protectorate.
On September 23, Chabat actually became the Istiqlal Party’s fifth secretary general, succeeding Abbas El Fassi, who was at the head of the party since 1998 and who was Prime Minister from 2007 to 2011.
With 478 votes, Chabat won over his challenger Abdelouahed El Fassi, the son of the party’s co-founder Allal El Fassi, who gleaned 458 votes. Chabat, the former factory worker put an end to the reign of El Fassi dynasty that monopolized the party’s leadership for generations, and started a new era for the party as a political institution where the leadership is democratically elected.

“Even if the victory was narrow with only 20 votes over his contender, Hamid Chabat the populist, the adventurer is now at the helm of the Istiqlal Party which is part of the coalition government led by Abdelilah Benkirane’s Party for Justice and Development.”

Is he done with his ambitions for all that? Definitely not. During his campaign, he made of “change” his motto. He pledged to change his party’s working method, to closely monitor the work and performance of the party’s ministers and to fight favouritism within the party, among others. Is the new Secretary General going to ask for wider changes beyond his own party? Is he going to request a cabinet reshuffle? The possibility is not discarded, he said in a TV talk show on Sunday. The following day, he said at a news conference in the party’s headquarters in Rabat that it is just a question of time and that the reshuffle shall take place “to enhance the government’s performance”. Is he vying any portfolio in case the cabinet is effectively reshuffled? He says no, insisting he is categorical.
But with Chabat you never know. He will undoubtedly set himself to take up new challenges, to fight new battles, starting with the coming professional and local elections and later on the legislative elections. He may then vie, as some commentators predict, the position of head of government. After all, when you come all that way long, nothing is impossible.