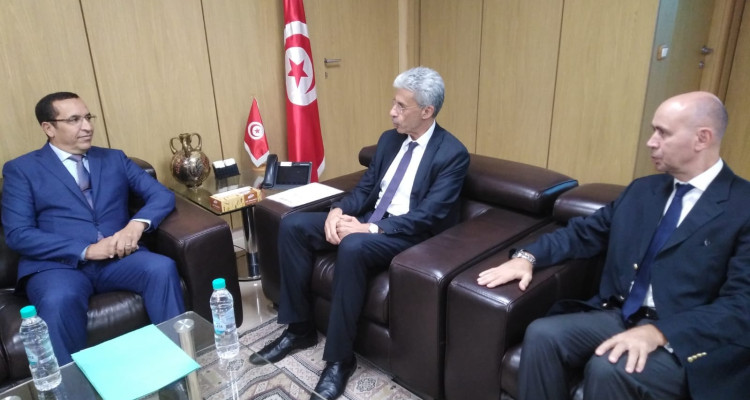 The African Development Bank, AfDB, has accorded $80 million credit facility earmarked to enhance food self-sufficiency and security, through securing the supply of soft wheat, barley and fertilizers.
The loan deal was signed Thursday between Samir Said, Tunisia’s Minister of Economy and Planning and Mohamed El Azizi, the Director General, Regional Development and Service Delivery Office for North Africa of the Abidjan-based bank.
Tunisia, per deal, Webdo Tunis reports, will use the funds to finance the enhancement of the Emergency Food Security Support Project known as PAUSAT.
PAUSAT also seeks to provide support to the resilience of the cereal system to external shocks and climatic fluctuations, as well as the improvement of the productivity of fodder necessary for milk production and the development and digitalization of the cereal sector.
Said argues that the financing is in line with government efforts to secure the supply of cereals, seeds and fertilizers, to improve the profitability of the field crop sector and to develop the governance of companies operating in the sector.
Tunisia, like most countries has suffered from the brunt of the ongoing conflict between Russia and Ukraine – which has affected global grain, gas and oil chain.