The tug-of-war between Ankara and Cairo is reaching new heights after Egypt’s foreign Ministry labeled President Recep Tayyip Erdogan’s latest attacks as “insulting comments.” Erdogan has always described the removal of Mohammed Morsi as a coup d’état and continues to consider the government led by Al-Sisi as unconstitutional. 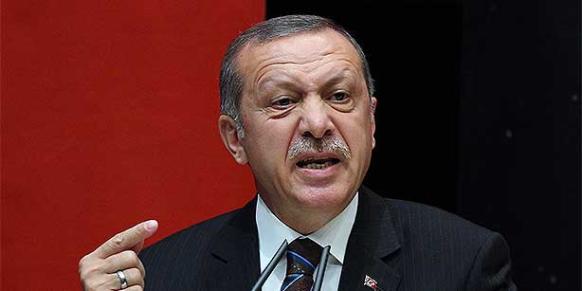 President Erdogan told the Turkish parliament that Turkey has adopted a “totally humane, consistent attitude towards countries like Egypt, where the democratic demands of citizens are oppressed with methods supported by a military coup.” Turkey claims that the supporters of Egypt’s Muslim Brotherhood and Mohammed Morsi were brutally tortured, hundreds killed and thousands imprisoned by Egyptian security forces. He questioned the world’s “inaction” under such circumstances.

Turkey’s Foreign Ministry added that Egypt “doesn’t have any consideration for basic democratic rights” and stressed that “the principle of non-‎interference in states’ internal affairs cannot be used as a means to legitimize human ‎rights violations.”

Cairo said that it has “monitored” Erdogan’s speech and sees signs of “desperation” because Turkey envy’s Egypt’s domestic stability, contributions to regional stability and openness to the world. The Egyptian foreign ministry said that President Erdogan can’t give “lessons to others” after he changed the constitution and the presidential system to a parliamentary one in order to “stay in power for another 10 years.”

The diplomatic ties between Ankara and Cairo started to degrade in July 2013 when Morsi was ousted but the war of words was ignited by President Erdogan’s speech about coup plotters taking the stage in the UN General Assembly. Despite the political tensions, trade and commerce between the two countries are still ongoing although Turkish exports to Egypt fell by 11.6% in the first seven months of 2014 according to the Turkish ministry of customs ‎and trade.‎