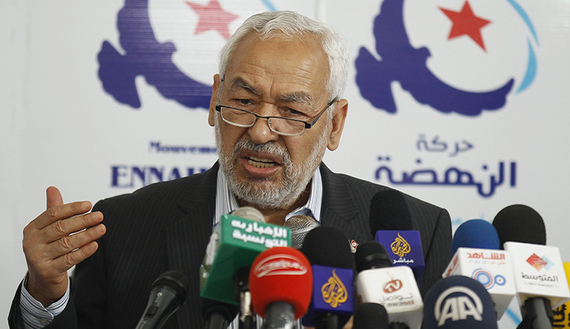 Tunisia : Ennahda seeks US support ahead of elections

Ennahda has begun seeking for external support ahead of the legislative elections scheduled to be held in October and the presidential elections in November. The leader of the party, Rached Ghannouchi, currently in the US said Tunisia will be an example for the Middle East as its transition towards democracy reaches its final stages.

Ghannouchi described the upcoming elections as a “second test” for the party widely considered as a moderate Islamist political party. He believes that “democracy and Islam can work together, [and] are compatible” in Tunisia citing the cooperation between moderate Islamic parties and moderate secularists for the past three years as a good example.

Ennahda has already presented its platform for the legislative elections and Ghannouchi is confident that they will surpass the 37% vote they had during the 2011 elections. Ennahda has not officially presented a presidential candidate.

Tunisia is hoping that the elections will mark the end of its political turbulences. Ennahda MP Amel Azzouz thinks that the presence of international observers would help ensure that results from the upcoming elections would be “recognized and respected by everybody.” She called on all the country’s friendly nations “to be consistent in supporting this nascent democracy” as it prepares to “be a showcase for the rest of the Arab world.”

Tunisia’s walk towards democracy is still facing threats from Islamists but Ghannouchi boldly said that “by the end of this year we can guarantee that Tunisia will be the first Arab democracy.” Admitting that they can’t achieve the feat alone, he added that “we need the support of the United States for this experience, which can be considered as the alternative of extremism and terrorism and war.”

Ghannouchi will be meeting key US administration officials during his visit.