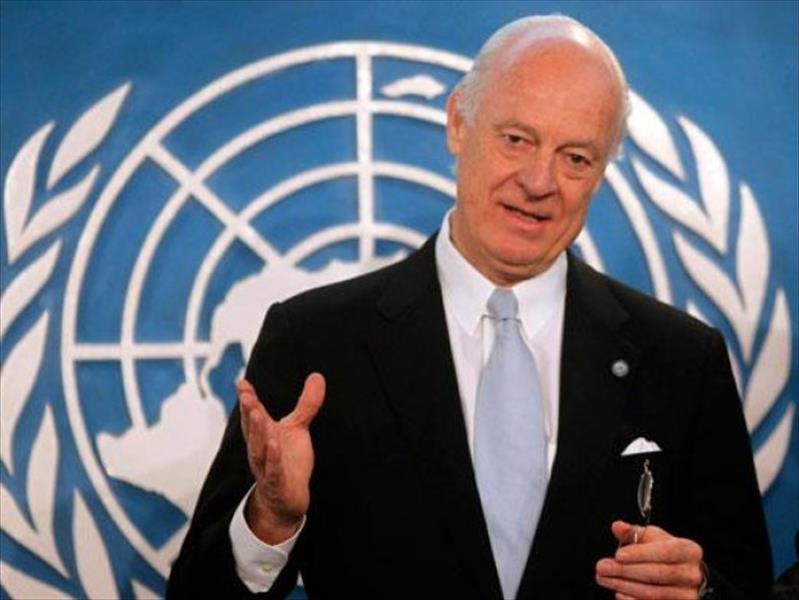 UN Calls for Dialogue after U.S.-led Airstrike in Syria

UNITED NATIONS – “Fighting terrorism needs to be accompanied by a genuine process including all Syrians,” said the United Nations’ new Special Envoy for Syria Staffan de Mistura at the United Nations headquarters following American and Arab airstrikes of ISIS targets for the first time on September 23.

At least 70 ISIS fighters were killed in the Raqqa, Deir al-Zor and Hasakah provinces, according to the Syrian Observatory for Human Rights, an anti-government organization.

“It is not enough to have a security response,” Mr. de Mistura said in a press encounter in the hall of the United Nations’ conference building.

Mr. de Mistura, a veteran diplomat started his mission on July 10. He replaced Lakhdar Brahimi who, frustrated by the political deadlock, resigned on May 31.

“I have no information on whether [airstrikes are] affecting the humanitarian situation,” he added. About 11 million Syrians are in dire need of humanitarian help since the intractable war begun in March 2011.

The United States has entered a new stage of engagement in Syria after killing at least 70 ISIS fighters as well as members of the Khorasan group linked to al Qaeda.

“No ground project, we cannot afford it at this stage,” he explained, acknowledging the Syrian opposition’s demand. Mr. de Mistura met President Bashar al Assad and civil society members in Damascus at the beginning of the month.

He also committed to “anything to contribute to reduce the level of violence”. He referred to measures “to increase access to aid even across borders and inside Syria”.

The United Nations set out that there are at least 6.5 million Syrians who are internally displaced.

Mr. de Mistura then stressed the importance to promote a political process supported by various stakeholders.

He expressed confidence that he “will be able to meet [the Syrian opposition] and hear them and see how they can play a role in this political process.”

He also called for regional powers’ greater role in the resolution of the conflict.

“I think that Iran is an important player and I hope [it is] an important partner in what should be a political process,” he said.

No safe haven for terrorism

Earlier on September 23, President Barack Obama said that “the United States was not alone” in a brief televised address from the White House.

He said that he will gather more international support to face the “serious threat to our peace and security”.

On September 22, Hadi al-Bahra, the head of the Syrian Opposition Coalition, called for U.S. airstrikes to end ISIS violence against the Kurdish communities in the north of the war-torn country.

Islamic fighters have forced Kurds to flee Syria and Iraq.

“I made clear that as part of this campaign, the United States would take action against targets in both Iraq and Syria so that these terrorists can’t find safe haven anywhere,” President Obama pointed out.

In reference to ISIS and the Khorasan group, he warned that “it must be clear to anyone who would plot against America and try to do Americans harm that we will not tolerate safe havens for terrorists who threaten our people.”

“There will be challenges ahead,” acknowledged President Obama.

“But we’re going to do what is necessary to take the fight to this terrorist group for the security of the country and the region and for the entire world.”

The Coalition of the Syrian Opposition welcomed the airstrikes. Yet, Mr. al Bahr emphasized the need of political pressure on President al Assad.

President Obama has become the fourth American president to wage a war in the Iraqi “graveyard”. Regardless of his reluctance, he is now militarily engaged in another burdensome Middle Eastern conflict.