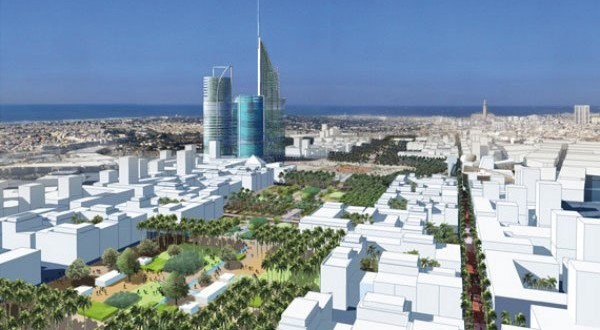 Casablanca Finance City or CFC has won 11 positions in the new ranking of the Global Financial Centers Index (GFCI) released on Monday at a ceremony hosted by the CFC authority in Casablanca.

With this new ranking of 83 financial centers, Casablanca Finance City has moved up from the 62nd place it held last March, when it was first listed in the index, to the 51st position making thus a huge leap in the standing. At the level of Africa, CFC is holding the second rank behind Johannesburg (38th) and ahead of Mauritius (69th.) CFC was ranked third in the previous GFCI standing of African centers.
This GFCI ranking will undoubtedly reinforce the positioning of Casablanca as a launching pad for international investors targeting African markets.
The Global Financial Centers Index is a ranking of the competitiveness of financial centers based on over 29,000 financial center assessments from an online questionnaire together with 105 external indices from organizations such as the World Bank, the Organization for Economic Co-operation and Development (OECD) and the Economist Intelligence Unit.
The GFCI 16th report on the competitiveness of international financial centers was presented by Mark Yeandle, Associate Director at Z/Yen Group, author of the GFCI Index, in the presence of several financiers, bankers and heads of enterprises.
“The research we have conducted indicates that Casablanca has the capacity to grow in importance and reinforce its position as a hub for African financial services. They have a great team. They are investing in infrastructure, the regulatory environment and marketing,” said Mark Yeandle, according to a CFC press release.
The author of the study deems that CFC can climb into the top 30 places worldwide.
“In the coming years, it is likely, from my point of view, that Casablanca will join the top 30 places in the ranking,” Mark Yeandle said. This will take time, but it is achievable, he said, recalling that Dubai center, which was launched in 2002, is now in the 17th place.
In terms of categories, Casablanca is one of the transnational specialized centers such as Abu Dhabi, Qatar or Gibraltar, but destined to join a higher category of diverse transnational centers, said Mark Yeandle, who insisted however that any progress is conditioned by several factors, including speeding up the pace of reform, improving competitiveness and attractiveness of the Casablanca stock exchange, and improving the regulatory and fiscal framework.
The GFCI ranking, which is compiled and published twice a year since 2007 by the Z/Yen Group, a leading think-tank of the city of London, uses indices from five key areas: Talent pool, business environment, market access, infrastructure and general competitiveness.
The release of the GFCI report is a highly anticipated event, as multinational companies use it as a barometer to determine where to set up new subsidiaries.
Globally, New York is still at the top of the new GFCI ranking, ahead of London, Hong Kong and Singapore. The other financial centers in the top ten are San Francisco, Tokyo, Zurich, Seoul, Boston and Washington DC.
CATEGORIES BusinessFeaturesFinanceHeadlines
Share This