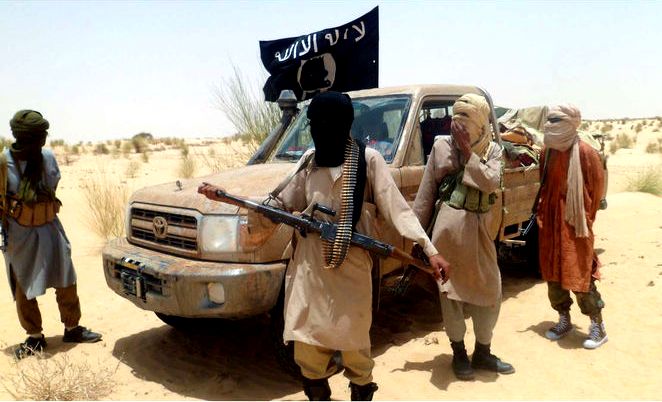 IS threat coming to Morocco

The news which has even reached as far as Lebanon that Morocco is cracking down on its extremists who, despite doing the kingdom a great favor in leaving the country, are heading to Syria to fight with IS extremists is good news. But it might be too little too late for liberal Arab kingdom and the region as the virus of the Islamic State is about to spread quite rapidly around the world, certainly the Arab one where potentially millions of disgruntled Arabs are looking for an alternative political voice to rock the establishment; the Arab Spring has taught us many lessons, but mainly that the  lack of pluralism in a bandwidth of old school political elites which are ruling their republics, leads to religion getting more air time than would normally be the case.

And this is the argument from many scholars in the Middle East: IS, or ISIS, or even ISIL if you like was not created by the US, but more by failed Arab states that preferred a political diversification for their ‘opposition’ groups which also could be called upon every now and again to do its dirty work for them. Case in point, Bashar al-Assad who is presently doing a splendid job trying to convince two-bit western media that he is trying to crush IS in his own country – the same groups which he encouraged the formation of when he let out hundreds of his own terrorists from jails in 2011 to go and fight the recognized opposition group in Syria at that time, which was mainly made up of angry Sunni soldiers in his own army.

But Assad was not on his own, but more following a trend send before him from the late 90s by Iraq, Yemen, Somalia and even Saudi Arabia who all cultivated extraordinary relationships with their own ‘in house’ terrorist groups.

IS is now growing beyond borders at a speed which no one could have imagined. And the bigger an enemy they make themselves of the West, this phenomenon is sure to grow even faster.

Even financially there seems to be an impressive growth on the balance sheet. Yet few if any wish to point out that IS is a cash rich organization which derives an income loosely from three streams: hostage taking, black market oil trading and philanthropic funding from Gulf states.

The beheading of two US journalists and a British aid worker was ghastly. But aside from the shock, it’s important to note their nationalities. All from countries which refuse to cough up to ransoms: US and UK.

The beheadings were a wart on the face of an otherwise habitually run business, which has funded IS for a long time now. And the money always comes from France, Italy, Spain – and probably Germany. Hostage taking has made IS the lucrative business it is today and if the West continues to ignore which EU countries are paying out, then the cycle of horrific violence is only guaranteed to revolve endlessly. The beheadings were almost an effective reminder to France, Italy and Spain ‘look, we really will do this, so take note next time it’s your guy’.

Ironically if the two journalists and the aid worker had been from continental Europe, they would have been spared, as their governments would have paid out, yes. But it’s that revenue stream what made IS in the first place as it took its initiative from AQIM in north Africa and learnt that the quickest and most efficient way of financing yourself, is to kidnap Europeans.

It’s worth noting that most foreign fighters that it attracts are paid. Some, like the British rapper who I will not glorify by naming, even bragged to his victims how he was going to retire to a Gulf State and live the high life.

Yet there is no way that IS could have predicted the political implications for both Cameron and Obama as they don’t have the luxury of sending tax payers’ money to these appalling people. They only have the political option –even though most of the time most people in the west chose the wrong option when given the chance. A recent poll in the UK concluded that 80% of people polled said ‘yes’ to bombing IS.

But it’s still about the money. And about leaders not being able to afford political fallout. The difference for the Europeans tends to be that, in the case of Hollande for example, the foresight seems to be very short term. With the US and UK governments, there tends to be a longer view. If you pay terrorists to do horrific killings, then paying them to save one, only guarantees that 10 will follow.

And all this is coming to Morocco and the region. IS is permeating its very ideology already in Morocco and will, once the US bombing starts, kick start a series of anti-western attacks and hostage taking all on this liberal, western Arab country which stands tenuously balancing on the periphery of the Arab world.

News reports recently confirmed that an Algeria cell of AQIM has indeed broken away and declared itself an IS proxy just days after press reports revealed information about ISIS plans to establish itself on the south-eastern Algerian border with Libya and AQIM made calls for IS to put aside its differences with Al Qaeda groups in the region to fight the US coalition.

The implications of the split point to increased acts of terrorism in Algeria and Morocco as those loyal to AQIM and Al Qaeda have vowed to fight those who are leaving to join IS.

Experts recently told the Lebanese broadsheet An Nahar that these kinds of splinter groups emerging from Al Qaeda and joining IS were inevitable, but only on a small scale – whereas more commonly other groups will strike out at the US and the West without actually forming any bond with IS.

According to Dr Sami Baroudi of the Lebanese American University, an IS consolidation will happen to some extent but not in a coordinated fashion. He warns though that Al Qaeda groups of various gravitas will use the opportunity of the US air strikes to ‘hit back’ at the West, capitalizing on the media frenzy to boost its own local agenda, not because it is in league – or desires to be aligned in any way – with IS.

“It’s entirely feasible that Islamic groups around the world will carry out attacks against embassies when we see the US air strikes in Syria in Pakistan and Afghanistan which is likely to become some sort of theatre, in fact…in north Africa too we will expect some attacks by AQIM and other groups but it’s unlikely to be coordinated as there are many differences between these groups and IS” he explained in an interview with An Nahar.

It’s unclear at this stage the extent of the defections from AQIM. While AQIM leader Abdelmalek Droukdel has refused to recognise the Islamic State, preferring to renew his allegiance to al-Qaeda, other influential figures within his organization appear to still want to change sides.

This summer, one important figure, Abou Abdallah Othmane el-Acimi, officially rallied to the Islamic State cause.

“Very well-informed sources have indicated that we shall witness an internal war within al-Qaeda in the Islamic Maghreb… Our sources have not ruled out the physical liquidation of those who have renewed their loyalty to Ayman al-Zawahiri and could hamper the emergence of ISIS in North Africa,” L’Expression claimed.

In another twist to this evolving story, the Maghreb and Yemeni branches of al-Qaeda released a statement recently in which they threatened the anti-ISIS coalition, opposing all armed action against the terrorist movement.

The call was chiefly aimed at armed groups active in Iraq and Syria, asking them not to fight the Islamic State.

According to some experts, this late appeal from al-Qaeda was a final attempt on its part to save face after this new terrorist movement stole the limelight. It is a tactical position intended to put a halt to the exodus from terrorist groups affiliated to al-Qaeda, specialists said.

Yet Algerian Foreign Minister Ramtane Lamamra could be counted on to set the tone. He recently said that “ISIS has given itself a name that it does not deserve, and Islam is innocent of such ignoble behavior,” indicating that Algeria would co-operate with other Arab countries in fighting terrorism.

The unknown Algerian terrorist group recently announced its split from al-Qaeda in the Islamic Maghreb (AQIM) and adherence to the Islamic State (ISIS). “Djound Al-Khilafa en Algérie” (Soldiers of the Caliphate in Algeria) pledged allegiance to Abu Bakr al-Baghdadi’s group.

Led by Abdelmalek El Gouri (aka Khaled Abou Souleiman), the armed band is made up of members of dormant AQIM cells in central Algeria.

The idea of AQIM having an internal power struggle with the formal, if not original Al Qaeda is the worst news Morocco could ever get. Recently AQIM appealed for IS and all Al Qaeda groups to put aside their differences to fight the enemy – the US and the West – in an imminent war. That is unlikely to materialize but is likely to be eclipsed by AQIM groups wanting to steal the media spotlight and to go ahead with their own attacks and hostage taking in a country as liberal and advanced as Morocco, which surely should be using its unique relationship with one of the most powerful EU giants, France and its ‘best buddy’ status with the US to play the critical role of advising the west on how to go about draining IS of its funds and destroying it at the root.