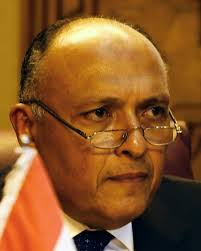 Cairo is unhappy with some of the comments made by the European Union (EU) during the 27th regular session of the United Nations’ Human Rights Council. The EU alleged that the respect for Human Rights has been backtracking in Egypt especially when detainees and Human Rights movements are concerned. The Egyptian foreign ministry refuted the claims and summoned EU ambassadors in Cairo to express its displeasure. Foreign Minister Sameh Shukri instructed Egypt’s Permanent Representatives in Geneva “to provide a true picture of the situation in Egypt.”

On Tuesday, the EU told the United Nations’ Human Rights Council session that it “continues to be worried about the deteriorating Human Rights situation in Egypt marked by indiscriminate detentions and disproportionate sentencing – including the death penalty.” Egypt carried out mass arrests of Mohammed Morsi and the Muslim Brotherhood supporters who were protesting against the ousting of Morsi by Al-Sisi in a military backed coup d’état. The Muslim Brotherhood is now considered as a terrorist group in Egypt and most of its leaders are behind bars or in exile.

The EU also added that it “is equally concerned with reports of torture in detention centers and sexual assaults on female detainees. The EU is further alarmed by the situation of Human Rights Defenders and NGOs.”

These comments were not welcomed by the Foreign Ministry. It posted on its Facebook page that the EU “relied on false charges and false information that came from specific parties and reflects an ignorance of the political and legal systems in Egypt.” It accused the EU of promoting “a negative message at a time when Egypt is fighting terrorism. It also reflects the duality of the European position that is currently mobilizing for international support against terrorism.”