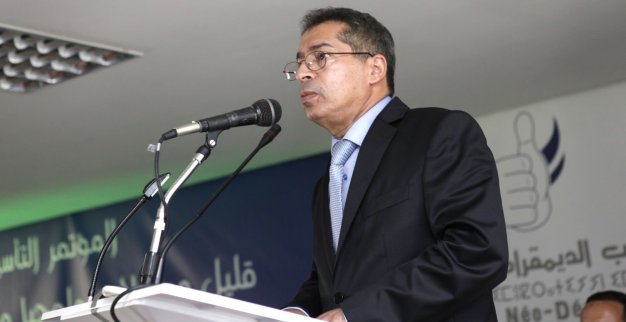 A New Moroccan Party is Born, Will it Redesign the Political Landscape?

The Neo-Democrats is the name of a new Moroccan political party that held its constituent assembly over the weekend amidst questions about the timeliness and usefulness of the move given the excessive number of political parties- thirty three according to 2013 figures- in a country with a population of some 35 million soul.

While many analysts wondered whether an umpteenth party was necessary in an already saturated political landscape, the founder of the party, Mohamed Darif, brushes aside the critics and argues that his party will fill a void and that the political landscape in Morocco does need a breath of fresh air to help the country overcome the hurdles hampering its progress towards genuine democracy.

Mohamed Darif, an academic and political scientist who became well-known for his in-depth analyses of Islamist movements, mentions, among what he sees as hurdles to democracy, the weakness of the political elite which failed to translate on the ground the provisions of the new Moroccan Constitution of 2011.

The Moroccan political parties are blamed for their failure to rejuvenate their leadership, their inability to implement democracy within their own structures and their incapacity to attract youths to political activities.

Darif who was elected during the constituent assembly Secretary General of the new party said he started thinking about the establishment of a party in 2000, but his idea came to fruition after the adoption of the new Moroccan Constitution in 2011, which is, according to him, very progressive and provides political parties with the necessary latitude.

The Neo-Democrats party, actually the first to be established after the enactment of the 2011 Constitution, seeks, according to its leadership, to be politically pragmatic and to be inclusive when it comes to the problems that are of most concern to the Moroccans.

The architects of the new comer, mainly academics and young professionals, also seek to attract besides the Moroccan lambda, educated executives and professionals and youths and promise, as stated in the constituent assembly’s motto, “little ideology, a lot of action and efficiency.”

To those who claim that Moroccan voters no longer trust political parties regardless of their trends, as evidenced by the low turnover during the past elections, the new party leaders respond that the public is surely disappointed but only by traditional parties, including the ruling Party for Justice and Development (PJD), which all failed to fulfil their electoral promises when they led or participated in the government.

The new party which will join the ranks of the opposition insists on the importance for any country to have a strong opposition because this implies that it also has a strong majority. On the contrary when the opposition is weak and fragmented, as is the case today in Morocco, the majority is vulnerable and cannot be up to its promises.

For Mohamed Darif and his new party, the parties forming either the majority or the opposition have all disappointed the public and continue to present a sad spectacle of a sterile, sick and tired political class that is completely disconnected from the country’s genuine challenges, including the challenge to give a new meaning and a new momentum to political action.

The new party which seems aware of the challenges made it clear that it will participate in the coming elections, whether local or legislative, and if elected it pledges to be “very realistic” and to avoid making whimsical promises.