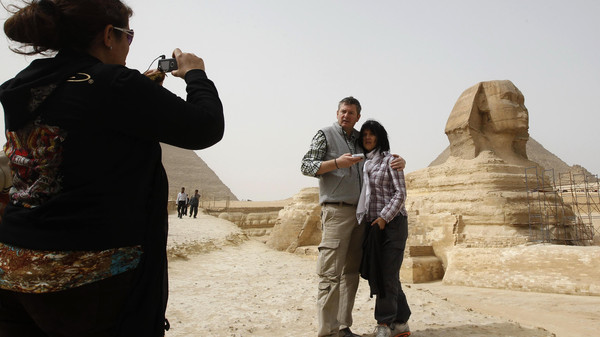 Egypt : Tourism sector to be revived by 2015

Tourism Minister Hisham Zaazou has described Egypt as “a green oasis in the middle of this desert” as he made references to the ongoing turmoil in Libya, Iraq and Syria. The Minister is hopeful that Egypt’s tourism sector will be back to its golden days by the end of next year if there are no threats from the Islamic militants.

The country used to generate around $12,5billion a year from tourism revenues but has been struggling since 2011 when the protests started. Last year, it had less than $6 billion from tourist revenues as figures of visitors dropped from more than 14 million in 2010 to just 9,5million.

The Minister stated that the rapid advancement of the Islamic State has worried governments across the region and Egypt is no exclusion. The tourism sector is slowly picking up as a steady rise of visitors continue but Zaazou warned that it would take another hit if Islamic State militants, who have seized parts of Iraq and Syria, showed any signs of infiltrating Egypt, the biggest Arab country.

Zaazou added that “the idea of trying to secure our country and ensure that this kind of threat does not infiltrate and come into Egypt is definitely of concern for the government and the president.” The government is planning to increase the number of surveillance cameras in hotels and at popular tourist destinations as well as a mandatory background check for tourism industry workers.

Islamist groups such as Ansar Bayt al-Maqdis, one of the most dangerous groups in Egypt linked to al-Qaeda, is also bolstering its operations. A commander in its ranks told Reuters recently that they are receiving training from the Islamic State on ways of operating more effectively and evading capture.