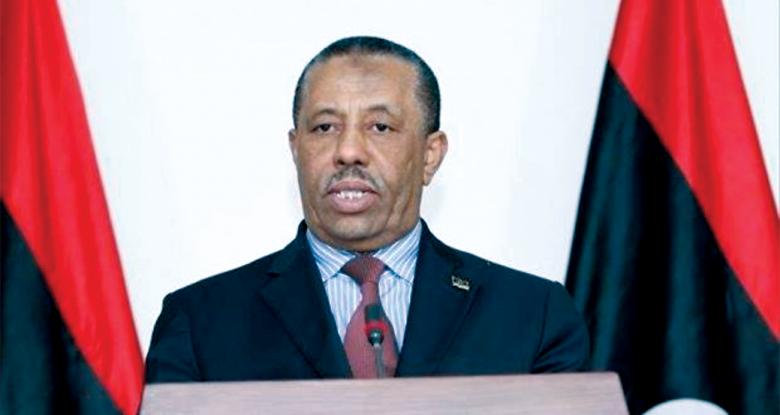 Libya has warned that it will break its diplomatic relations with Sudan if it continues to interfere in its internal affairs. Prime Minister Abdullah al-Thinni made this statement due to Sudan’s continuous denial that its military airplane which landed at Kufra airport, south of Libya, was loaded with ammunitions destined for the Islamist groups in Tripoli. He said “the Sudanese brothers are trying to interfere in Libya’s affairs.” Qatar has also been accused of interfering in the North African country’s affairs by successfully supplying ammunition to the rebels in Mitiga.

Sudan wants an official apology and a correction of the Libyan government’s official statement because it claims that the ammunitions were a supply for the joint Sudanese-Libyan border control forces.

Prime Minister al-Thinni however maintained the government’s stance and urged Khartoum to stay away from Libya’s domestic issues because otherwise, “we will consider … breaking off relations if this interference into Libya’s internal affairs continues.”

In a separate development, pro-Heftar Libyan National Army, Brigadier Saqr Jeroshi was quoted by the London-based Al-Arab al-Youm newspaper saying that Sudan provides personnel and weapons to the Islamist groups in Benghazi. He claimed that it has taken “in the last period a remarkable development, as planes were observed in the skies of the Sahara, coming from Sudan.” He described the scheme as being “hellish.”

Although Qatar has also been accused of supplying the rebels with weapons and ammunitions by the government, it has preferred not to comment on the allegations. Al-Thinni questioned Qatar’s role in Libya as he asked “what does Qatar want to give to the Libyan people?” He acknowledged that the government has “official reports” stating that warplanes carrying weapons and ammunitions reached the Mitiga airport in the capital to supply the Islamist militants.

North Africa Post's news desk is composed of journalists and editors, who are constantly working to provide new and accurate stories to NAP readers.
NEWER POSTEgypt : Tourism sector to be revived by 2015
OLDER POSTIslamic law and human rights: do they mix? (part II)