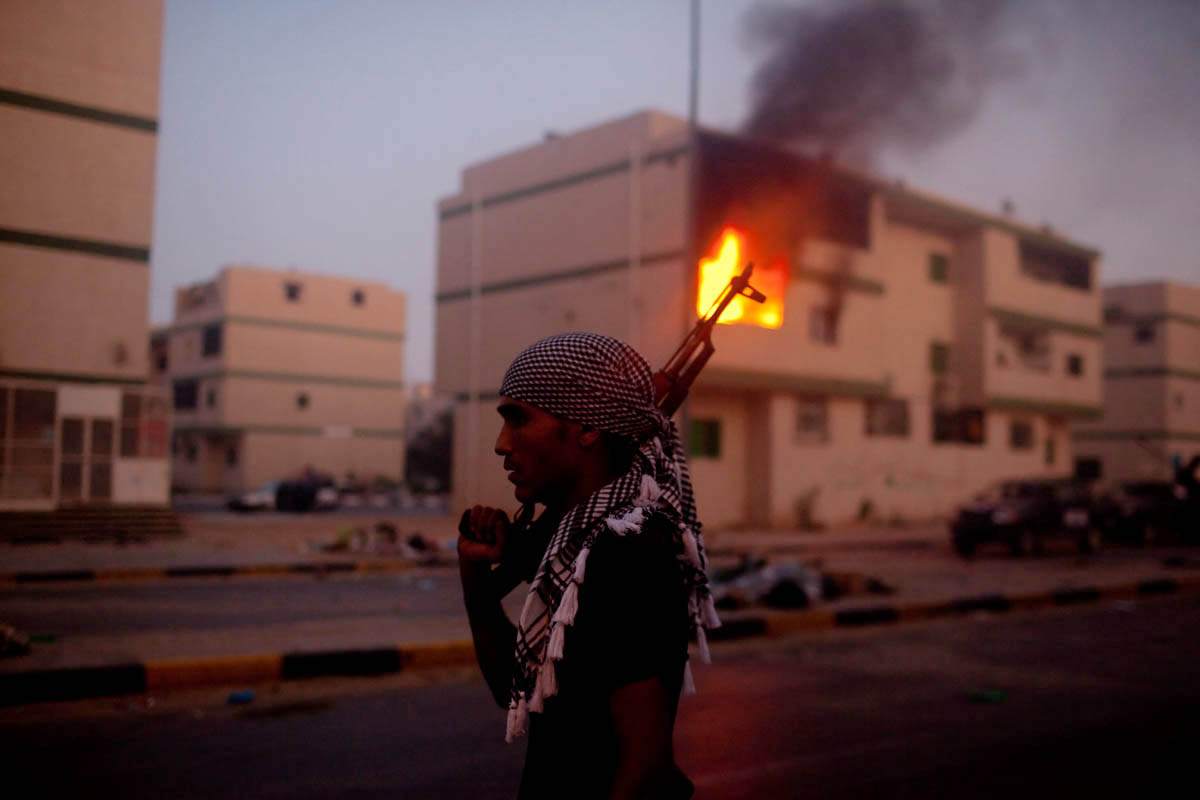 Libya’s newly elected parliament, the House of Representatives, that has chosen Tobruk as its headquarters is seeking refuge in Elyros liner, a Greek car ferry, as tension in the country continues to rise and the authority of the government dwindles drastically. The capital Tripoli and most of Benghazi are under the control of the Islamists and their allies.

Derna, the next town up the coast, has been declared an Islamic caliphate and the front line begins at Tobruk airport, where pickup trucks mounted with anti-aircraft guns are lined. France has claimed that Libya is fast becoming a “hub for terrorist groups” and it is trying to mobilize the international community to act before it is too late.

Members of the House of Representatives attending sessions have been on the decline. There are 200 members but attendance has been as low as 115 mostly due to boycotts, intimidation and logistical problems. Some seats are also waiting to be filled because elections couldn’t be held in certain constituencies due to violence.

UN envoy Bernard Leon arrived in the country for the first time on Monday and stated that Libya is “a society that is fed up with conflict.” Libya’s Deputy Speaker Mohammed Ali Shuhaib said “we need time to build up our army and security and to develop our skills to run the country.”

French Defense Minister Jean-Yves Le Drian stated that he is “sounding the alarm about the seriousness of the situation in Libya. The south is a sort of hub for terrorist groups where they come to resupply — including with weapons — and reorganize.” He added that the “political and economic centers of the country are now at risk from falling under jihadist control.”