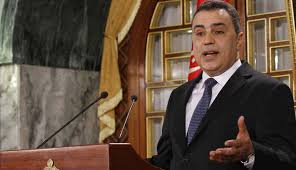 Tunisia has assembled almost 30 countries, 20 international institutions and dozens of private companies at an investment conference aimed at attracting investors to the country and enabling its democratic “startup.” The country’s economy has been almost at a standstill for the past three years due to the political instability that it has been experiencing. Prime Minister Mehdi Jomaa said investing in Tunisia is equivalent to supporting and promoting the country’s democracy.

According to authorities, the principal target of the conference is to restore the confidence of the investors. The Tunisian government is hoping that the implementation of structural economic reforms that are part of its “strategic vision” will draw in investors. The participants at the conference will be enlightened on 22 major projects estimated to be worth more than $5 billion.

Tunisia’s social and political demands have dominated the political arena since 2011. “We forgot about the economy over the past three years but the economy did not forget us,” Prime Minister Jomaa acknowledged. Tunisia’s growth rate for the first half of 2014 fell to 2.1%, lower than for the same period of last year and not enough to absorb growing unemployment in a cash-strapped country. He said that “to invest in Tunisia, in this startup, is to invest in democracy.”

The conference was also graced by French Prime Minister Manuel Valls. He defended Tunisia’s call for a democratic startup through investments stating that “at a time when chaos threatens Libya, when barbarity is rampant in Iraq and Syria, Tunisia needs all our support to continue on the path of democracy.”

Among the major projects to be launched is the construction of a deep-water port in Enfidha, south of the capital, and a dam in the northwestern part of the country.

North Africa Post's news desk is composed of journalists and editors, who are constantly working to provide new and accurate stories to NAP readers.
NEWER POSTLibya: Parliament seeks refuge away from terrorist hub
OLDER POSTBrazil’s President No Longer a Shoo-In After the Recession